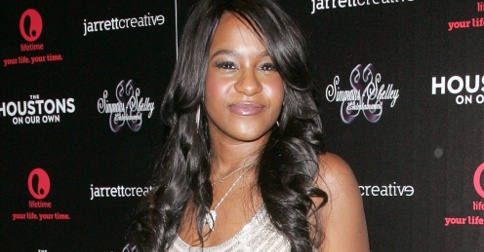 Twenty-two-year-old Bobbi Kristina Brown, the only daughter of Bobby Brown and the late Whitney Houston passed away Sunday (Monday in Philippine time). Brown had been hospitalized since January 31 after she was found face-down and unresponsive in a bathtub. She was placed in a medically induced coma in the hospital and nearly two months later, she was moved to hospice care.

In a statement released by the Houston family, they explained that her condition continued to deterioriate and added, "We thank everyone for their support and prayers. She is in God's hands now."

2. Maja Salvador opens up about breakup with Gerald Anderson

4. 35 of Bill Cosby's accusers appear on the cover of New York Magazine

Thirty-five of Bill Cosby’s accusers appeared on the cover of New York Magazine this week as part of a feature on the comedian's sexual assault allegations. "I’m no longer afraid," said Chelan Lasha, who claimed Cosby assaulted her when she was 17. "I feel more powerful than him." The magazine also published video interviews with six alleged victims on their website.

5. San Francisco to use paint that repels urine

Well, this is a creative way to combat people who urinate in public. San Francisco is painting outside walls in certain neighborhoods with paint that will reportedly splash urine back onto the offender. Mohammed Nuru, the head of the Department of Public Works, got the idea from a similar initiative in Hamburg, Germany. The paint contains a substance called "Ultra Ever-Dry" which creates a surface chemistry that "causes a repellant force."

A CNN poll released Sunday revealed that the controversial real estate magnate is leading the 2016 Republican presidential candidates. Trump was backed by 18% of Republicans, edging out rival Jeb Bush who had 15% of votes. None of the 14 other Republicans running for the party's presidential nomination earned double-digit support.

In a speech during his visit to Nairobi in Kenya, President Obama decried the discrimination against gays in the country. "When you start treating people differently not because of any harm they are doing to anybody, but because they are different, that's the path whereby freedoms begin to erode," Obama said. "And when a government gets in a habit of people treating people differently, those habits can spread. As an African American, I am painfully aware of what happens when people are treated differently under the law."

Under Kenyan law, sexual activity between men is illegal and punishable with a maximum imprisonment of 14 years.

In his opening speech at the start of Congress' third and final regular session, House Speaker Feliciano Belmonte Jr. pushed for the passage of economic Charter Change and the proposed Bangsamoro Basic Law (BBL). He said its passage will complement efforts to promote inclusive growth and "attract investments that will "reverse the trend of de-industrialization and de-agriculturalization of the economy."

"This is the best strategy to ensure no Filipino will be left behind," Belmonte said.

9. 10 Things We're Expecting to Hear in the President's Last SONA

Have you heard P-Noy's last State of the Nation Adress (SONA) yet? Check out our list of 10 things we expected P-Noy to say, and see how many we got right!

Best viewed in full screen and in HD!

10. Two-Sentence Summaries for the Biggest Movies of 2015

Need to catch up on this year's biggest movies but have no time? We give you handy two-sentence summaries of blockbuster films, from Jurassic World to Mad Max.