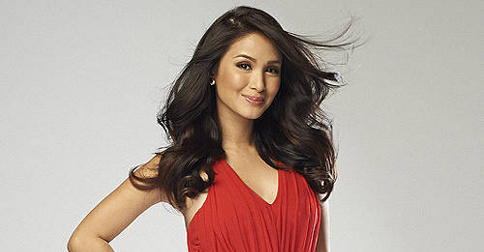 Have a laugh with some news bloopers, Game of Thrones news, and more.

The Heart-Marian feud may have started in 2011, but it looks like fans haven't exactly moved on. After an Instagram commenter told Heart that she was "way better than Marian," she replied, "Thank you but let’s not start with that. Her fans are very bad and I don’t wanna get bashed. thank you."

It didn't end there. Another user partly wrote, "...I guess they will not like how [you] describe them in [your] comment above," to which Heart said, "It’s a fact, sad to say. To all @heartworld [Heart's fanbase] never act like that. It will reflect on who you look up to… no to nega."

Chris Brown's promoter John Michael Pio Roda has 15 days to respond to a U.S. $1 million estafa complaint filed over the recording artist's failure to perform at a New Year's Eve event at the Philippine Arena. Roda was given a copy of the complaint during the first preliminary investigation, but no one from Brown's camp was present. "We fully intend to address all allegations during the next hearing when we file our counter-affidavit," said Roda's lawyer, Sarah Abraham.

3. Game of Thrones may end after Season 8

According to HBO, Game of Thrones showrunners David Benioff and Dan Weiss are currently planning for the show to run until Season 8. (You might remember earlier reports that said it will end at Season 7.) HBO also said that they are open to doing a prequel, but "no conversations have taken place."

4. iPhone returned after spending two months in the ocean

If you've ever dropped your phone in water, then you've probably kept it in a sack of rice and hoped for the best. Sometimes, it worked. Sometimes, you weren't so lucky. A guy from the U.S., however, dropped his phone into the ocean, recovered it two months later, and it still worked! It was all thanks to a waterproof case...and the kind-hearted scuba diver who stumbled upon a fully functional iPhone under the sea.

5. Have a laugh and watch this video compilation of news bloopers

Happy Friday, Spotters! Keep the good vibes going with this hilarious compilation of new bloopers for the month of July. The clips include obscene gestures, kids dancing in the background, and a news anchor who incorporated Taylor Swift's entire discography into his spiel.

There may be a breakthrough in the search for missing Flight MH370, which disappeared in March last year. A Malaysian official and aviation experts said that the object found on an island in the Indian Ocean is "almost certainly" part of the fallen plane that carried 239 passengers and crew.

Check out our list of what to pack in an emergency bag.

Social media was again abuzz when P-Noy announced his presidential announcement. We zeroed in on the journalists who reacted to the big news.

10. 10 Wall Accents for Adding Instant Style to Your Small Spaces

If you need to add a pop of color and personality to your bare walls, we found 10 wall accents that will do the trick!