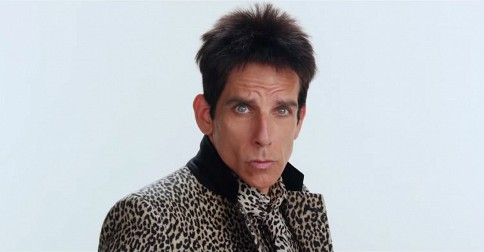 1. The new Zoolander trailer will make you excited for the sequel

If you're a fan of Zoolander and Stephen Hawking, you'll love this trailer. Viewers will take a trip through Derek Zoolander's brain as he ponders life's most important questions, like "Is there intelligent life beyond our galaxy?" and "If God exists, why did he make ugly people?" The sequel is set to hit theaters 2016 and stars Ben Stiller, Owen Wilson, and Penelope Cruz.

That's two out of three Gwapings members for Claudine Barretto. The actress revealed on the August 2 episode of Gandang Gabi Vice that she once dated actor Eric Fructuoso. She also previously dated Mark Anthony Fernandez. The third Gwapings member was Jomari Yllana.

He added that they were both on good terms and Shaina was the first person to greet him on set.

You might remember earlier reports that said Channing Tatum withdrew from the upcoming Gambit solo movie. According to Entertainment Weekly, Fox said that the actor has already signed to be the card-slinging superhero from the X-Men. There's still no official word on when the movie will hit the theaters.

In a segment with Entertainment Tonight, actor Patrick Stewart was asked to do a dramatic reading of Taylor Swift's "Style." (Spoiler alert: It's awesome.) This isn't the first time he's read a Taylor song out loud. In July, he and Ian McKellen recited lyrics to "Blank Space" and "Bad Blood." Taylor was so impressed, she thanked the pair and said they were her "ultimate squad goals."

6. Cecil the lion and endangered species glow on the Empire State Building

The Empire State Building in New York made a strong statement Saturday night when it flashed images of Cecil the lion and other endangered animals. Louie Psihoyos, director of The Cove (the Oscar-winning film exploring dolphin hunting in Japan), came up with the project that reportedly flashed over 160 images of animals. The projection was the first of its kind on the iconic skyscraper, taking up a total of 33 floors.

The Palace on Sunday promised to take further action to help those displaced by Typhoon Yolanda in 2013. "This is our commitment: the government will continue its effort[s] to help these internally displaced persons, particularly regarding setting up permanent, safe and decent housing," said President Aquino's spokesman Herminio Coloma. "Additionally, we hope to help them find suitable livelihood and jobs so they can further recover from the calamity."

This came after United Nations Special Rapporteur Chaloka Beyani said that the government had not done enough for those left homeless by Yolanda.

State weather bureau PAGASA said to expect rainy weather as a new typhoon approaches the country this week and enhances the southwest monsoon. Typhoon Soudelor will be named Hanna once it enters the Philippine Area of Responsibility on Wednesday, and will likely avoid making landfall.

We're well into the latter half of 2015 and there's already so much to be excited for...in terms of movies, anyway. From long-awaited sequels to an intriguing Filipino historical epic, we give you 10 movies you shouldn't miss when they hit theaters this year.

One day, it's just you and your best friend making plans Friday night. Before you know it, there's suddenly three of you and...well, these 10 awkward problems happen.