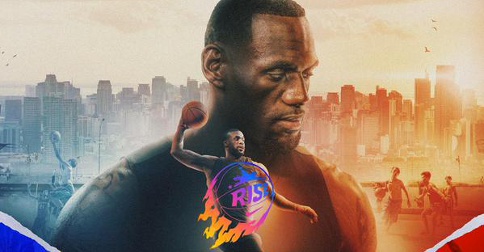 UP to address dorm shortage, Kris Aquino hits back at Instagram user, and more.

1. LeBron James is coming to Manila

Heads up, basketball fans! Four-time NBA Most Valuable Player LeBron James is coming to Manila for a second time as part of Nike's RISE program. No further details have been disclosed just yet, but reports say that he is expected to have a press conference on August 20.

2. Kris Aquino hits back at basher...again

Kris Aquino is no stranger to replying to comments on her Instagram account. On Sunday (August 9), Kris posted about working despite being sick. An Instagram user then replied, "You don't have time to listen what your body [is] saying. Money, money that's what [you] want. Very powerful ang pera sa iyo, sad to say. Good luck."

Kris promptly retaliated. "If I didn't show up for work, did you think how many people in the production and the crew wouldn't get paid? If I packed up my taping for Kris TV or my movie, how many of the staff and crew who get paid daily won't have their salary?" she wrote. "I was raised with the right work ethic and the courage to stand by my values. Judge me again when you've gained some of that."

You might remember earlier reports saying that comedienne Elizabeth Ramsey was rushed to the hospital due to a stroke. In an interview with 24 Oras Weekend, her daughter Jaya clarified that it was actually a three-hour seizure that sent her mother to the hospital. She thanked fans for their prayers and said that her mom was now stable and out of the ICU. She will, however, continue to stay in the hospital for further observations.

It's official! Former Ghostbusters cast member Bill Murray is confirmed to appear in Paul Feig's modern-day, all-female reboot. There's still no word on how large his role will be, but it should please Ghostbusters fans, anyway. The film, which is due July 2016, stars Melissa McCarthy, Kristen Wiig, Kate McKinnon, Leslie Jones, and Chris Hemsworth.

5. Can you guess how much the world's most expensive wine costs?

U.K.-based website WineSearcher has ranked a rare wine from France's Burgundy vineyards as the most expensive in the world. The 1985 Richebourg Grand Cru, created by “visionary” winemaker Henri Jayer, costs an average of over U.S. $15,000 per bottle. A majority of the rankings hails from the Burgundy vineyards.

Here's your dose of the warm fuzzies. Tom and Arnisteen Clark, aged 96 and 92 respectively, have been married for 68 years, and just couldn't bear to be apart. After a hospital in Fayetteville, Georgia placed them in separate rooms due to its policy, nurses went out of their way to make sure Tom could visit his wife. A photo of the couple posted on August 5 has since gone viral. The only time they have been apart was when Tim was stationed in Korea. He explained, "I just can’t be away from her, she’s the finest woman in the world." Awww!

8. UP vows to address dorm shortage

The University of the Philippines (UP) is set to review processes and work with students to address the shortage in dormitories, forcing some students to sleep outdoors. UP Diliman Chancellor Michael Tan explained the shortage is due to the university's acceptance of about 900 freshmen more than its average. "We have about 3,800 slots right now. There were something like 4,300 applications and they have to be processed based on geographical distance and socio-economic status," he said.

We look past the usual friendzone-themed movies and zero in on the Pinoy films that celebrate the beauty of a lasting friendship. From Bagets to One More Chance, we give you 10 movies that made us think #FriendshipGoals.

By now, you've probably already tried Spotify and maybe Apple Music is starting to catch your eye...or ear. Can't decide which is worth a paid subscription? We break it down for you.