This news anchor's meltdown over the Kardashians is the best thing ever + more things you might have missed today
Loading
Already a member? Log in
No account yet? Create Account
Spot.ph is your one-stop urban lifestyle guide to the best of Manila. 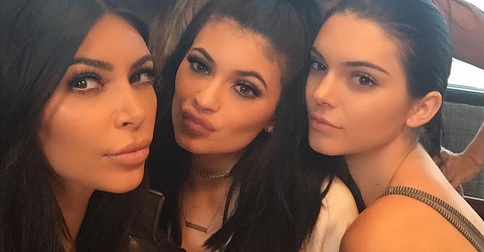 1. News anchor has a meltdown over too much Kardashians

If you feel like the Kardashians are everywhere, you aren't alone. Meet John Brown, a news anchor from Florida who has had enough of the celebrity family. On Monday, he and his co-anchors were reporting the super-important news that Kylie Jenner named her new rabbit "Bruce," after Caitlyn Jenner.

2. Chiz and Heart to renew vows on first wedding anniversary

It's official. According to Sen. Chiz Escudero, he and his wife, Heart Evangelista, are set to renew their vows on their first wedding anniversary next year. He clarified that it will be a simple ceremony and not a full-blown wedding. The special guests will be Heart's parents, whom you might remember skipped their first wedding because they disapproved of it.

You know her from projects like Forevermore. My Amnesia Girl, and It Takes a Man and a Woman. Now, rumor has it that she is slated to direct the highly anticipated sequel to One More Chance. She confirmed that she is working with John Lloyd Cruz and Bea Alonzo this year but stressed, "Depende po sa clamor ninyo kung gagawin itong Part 2 or bagong kuwento."

According to a report by The Hollywood Reporter, a box office analyst is predicting that the new Fantastic Four could end up losing Fox as much as U.S. $60 million. The movie cost U.S. $120 million to make but earned just U.S. $26 million domestically on its opening weekend. Global box office numbers have yet to be released.

So long, Google? The tech company announced Tuesday that it would rebrand itself as Alphabet, a new holding company that presides over a collection of companies, the largest of which will be Google. Google's co-founders Larry Page and Sergey Brin will be handing control of its core search engine business to Sundar Pichai, a "rising star" in Silicon Valley. Page and Brin (among others) will leave Google and Pichai will be CEO. Page will be Alphabet's CEO, and Brin will be its president.

The Philippine Institute of Volcanology and Seismology (Phivolcs) announced that a magnitude 4.2 earthquake hit Bohol Tuesday morning. The quake was felt at varying intensities throughout Bohol and neighboring provinces, but it has not caused damage. It is also not expected to produce aftershocks.

The Sandiganbayan First Division has allowed former President Gloria Macapagal Arroyo to attend the wake of her brother, Arturo, at the Heritage Park in Taguig on Tuesday, Wednesday and Friday, from 4 p.m. to 8 p.m. It is, however, subject to a few conditions: regulated use of communication gadgets, no media interviews, and expenses of police escorts to be shouldered by Arroyo.

The government has allotted a total of P12.954 billion for the automated national and local elections on May 2016 and the synchronized barangay and Sangguniang Kabataan (SK) polls in October. Budget Secretary Florencio Abad said that P6.26 billion will be for the national and local elections and an additional P6.69 billion will be for the SK and barangay polls.

The upcoming elections isn't just about campaign jingles. It's all about the memorable portmanteaus. After all, what is a political tandem if you can't remember their names?

If you grew up with lola around, you were probably spoiled rotten. You will never go hungry when she's around, either. Here are 10 things only a laking lola would know.