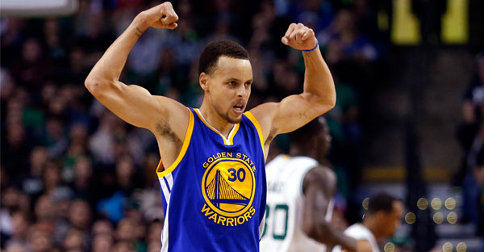 Robin Padilla apologizes, Friday the 13th is coming to TV, and more.

1. Stephen Curry is coming to Manila

Basketball fans have plenty of reason to get excited this year. After news first broke out that LeBron James will be visiting Manila, this year's MVP Stephen Curry has also announced that he will be dropping by on a different date. In a statement, he said that he will be in Manila on September 5 as part of a five-day promotional tour for Under Armour. He will also be visiting Tokyo and three cities in China.

2. Nilalang may not make it to this year's MMFF

After Robin Padilla withdrew from his upcoming film Nilalang late Tuesday night, reports now say that the film starring Maria Ozawa may not make it for this year's MMFF. In a statement, MFT Group (who is producing the movie) said it will no longer finance the film, sayiong it "does not believe that there is a suitable replacement for Mr. Padilla and as a result, the prospective timeline for the production of Nilalang will be compromised."

Production will be delayed, which means the film will not be released in time for the 2015 Metro Manila Film Festival. The MMFF has yet to announce the film's withdrawal from the roster.

In an interview with PEP.ph, Robin's manager Betchay Vidanes explained that the actor personally apologized to his Nilalang co-star. She added that Robin was still willing to do the movie if Mariel and their triplets were "out of danger." She also clarified that Robin only knew of Mariel's pregnancy on the day that they announced the news (August 1).

The CW has confirmed that a Friday the 13th TV series is currently in the works. The show will follow the "ongoing quest of a detective’s search for his missing brother that is somehow tied to Jason Voorhees, a long thought dead serial killer who has now returned to wreak havoc in the new Crystal Lake."

This isn't the first time a horror film is making its way to TV. MTV is also currently airing an adaptation of Scream.

5. A doctor suggests people try the diet of Holocaust victims to lose weight

In today's WTF news: A prominent Australian doctor named Dr. Ric Gordon has suggested that obese or overweight people could consider the harsh diets of victims of the Nazi Holocaust in order to lose weight. He made the remarks during a live broadcast of the Today show on Wednesday, saying, "There were no overweight people in the concentration camps."

Meanwhile, Today host Karl Stefanovic quickly distanced himself from Gordon on set, saying "Right-o, see you very soon" before addressing the audience with "He said it, not me."

He made the statement in response to Sen. Grace Poe’s statement that the ruling Liberal Party (LP) should also consider asking its own members to slide down to lower posts for the 2016 elections.

The Implementing Rules and Regulations (IRR) of the Cybercrime Prevention Act of 2012, was signed and launched Wednesday in Manila, almost three years after its enactment. The formulation of the IRR began in February 2014 after the Supreme Court (SC) upheld the constitutionality of the law.

The law addresses crimes committed against and by means of computers, and "focuses on the pre-emption, prevention, and prosecution of cybercrime such as offenses against confidentiality, integrity and availability of computer data and systems, computer-related offenses, and content-related offenses."

On a normal day, you'd probably be inclined to just ignore or delete a text scam. On a particularly bad day (like when you're expecting an important text), you just want to give these people a piece of your mind. We have a couple of ideas.

10. The 10 Types of Boyfriends You Will Have In Life

From the perspective of Mr. Suplado himself, we give you the 10 types of boyfriends you will have in life. Trust us, you'd probably recognize a handful of them.