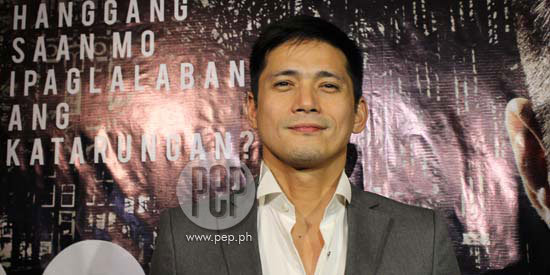 Green tea cigarettes, updates on the PNP, and more.

After Robin Padilla suddenly withdrew from his movie, Nilalang, and his former co-star Maria Ozawa called him "unprofessional," the actor took to his Facebook page to ask his fans to stop bashing the latter. He thanked them for comments and added he was "shocked at many." He wrote, "It will be wiser for you to stop, because our camp is at fault. Let the camp of Ms. Maria Ozawa voice out their pain."

The MMFF has yet to announce whether they will replace the movie with a reserve entry.

Blogger Michael Lim was arrested on August 11 in connection with a libel case filed by Deniece Cornejo last year. In a post on his gossip site, Fashion Pulis, he released information alleging that she may have a sexually transmitted disease, reportedly leaked by Healthway. Aside from Lim, Deniece's camp is also considering filing a complaint against Healthway.

Lim was released on bail on August 12 and according to his lawyer, he is "resolved to face this libel suit filed against him."

3. James Reid explains the back-to-back timeslots of his show and KathNiel's

Despite the constant comparisons between KathNiel and JaDine, their respective shows were placed on a back-to-back timeslot, but James Reid assured fans that it's all healthy competition. "It's all been said before, it's a back-to-back promotion," James said. The goal was to break down the barrier between the two love teams. Just chill out, guys!"

He added, "We are in the same network. It's all good fun."

Three more women have publicly accused comedian Bill Cosby of sexual assault, joining over 40 women who have alleged that they were drugged, sexually assaulted, or sexually harrassed. The three women said it happened during the '70s and '80s, with one of them describing his attack as "fast with surgical precision and surprise on his side."

A company called Billy55 has created a cigarette purely made of green tea and no nicotine. Acupuncturist and Billy55 founder Ranko Tutulugdzija found it in Vietnam, where it has reportedly been around for years. The idea behind them is to give the smoker the same sensation of smoking, but they "don't feel as guilty and they have more motivation to stop." The packs come in regular and methol varieties and are made of tea leaves from Nanjing and Beijing, China.

Two huge explosions in Tianjin, China has killed at least 44 people and hospitalized 520 others (66 of which are in critical condition). Local police said the blast, at one of many warehouses in the city’s port district of Binhai, occurred at around 11.30 p.m. It triggered another blast 30 minutes later that was the equivalent of 21 tons of TNT.

Philippine National Police (PNP) Chief Dir. Gen. Ricardo Marquez on Thursday said he would not leave the organization until he successfully increases police visibility in communities, as he earlier promised when he made his inaugural speech. Marquez was appointed last month to replace PNP officer-in-charge Deputy Dir. Gen. Leonardo Espina and is scheduled to retire in August 2016.

8. PH only has one immigration officer for 1,300 foreigners

According to Commissioner Siegfred Mison, the Bureau of Immigration (BI) only has one immigration officer for every 1,300 arriving foreigners. He made the statement to the House Committee on Appropriations to prove his point that the BI needs more funds. He also requested that Congress do away with a provision in the proposed General Appropriations Act that requires the bureau to give collected Express Lane Fees (ELF) at airports to the National Treasury.

He said having to remit the ELF proceeds to the treasury would "hamper its distribution of allowances and overtime pay."

What makes an awkward celebrity interview even more awkward? When the celebrity gets sassy, of course. From Anne Hathaway to Jesse Eisenberg, we found 10 celebrities who couldn't resist being vocal when things got cringeworthy.

10. 10 Cute Sweatshirts for Getting Cozy

Sometimes, the rainy season isn't so bad. Need proof? We give you 10 cute sweatshirts that you can rock during cuddle weather.