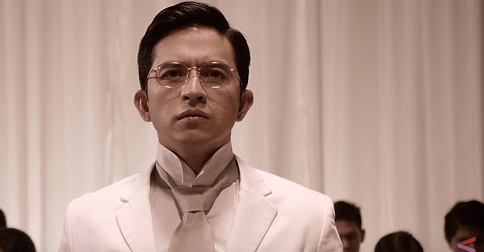 Presidential debates for 2016, The Teen Choice Awards, and more.

In an Instagram post, Kris Aquino denied allegations of being tied to the LTFRB's controversial Premium Taxi Service. She said that she was an "angel investor" in Luis Manzano's taxi line LBR Transport Incorporated, but said that she did not buy nor own 200 vehicles meant for the service. She reiterated that she "earned her millions the honest way."

3. One Direction, Furious 7 among winners at 17th Teen Choice Awards

Despite losing a member, One Direction proved that they still have a loyal fanbase with a total of eight awards from the Teen Choice Awards. Furious 7 also bagged multiple awards, namely: Best Action Movie and Best Actor in an Action-Adventure (for the late Paul Walker). Other winners include Ellen DeGeneres for Best Comedian, Empire for Breakout TV Show, and The Hunger Games: Mockingjay Part 1 for Best Actor in a Sci-Fi or Fantasy (for Josh Hutcherson).

4. Star Wars is coming to the PlayStation 4

Are you a Star Wars and gaming fan? We've got some good news for you. Sony is releasing a Star Wars Limited Edition PlayStation 4 which features the menacing profile of Darth Vader on the console. It also comes with a DualShock 4 wireless controller that sports a design similar to Vader's chest plate, so you can feel at one with the Dark Side.

5. Would you try a McDonald's English muffin with avocado?

If the answer is yes, then you should probably head to Japan. Instead of the usual breakfast sandwich components, McDonald's Japan features an English muffin with avocado slices, ham, lettuce, and "spicy Cobb Salad sauce." The "avocado muffin" is part of a bigger avocado lineup that includes avocado-topped burgers and fried shrimp patties.

Searchers have finally found the wreckage of the Indonesian plane that went missing Sunday with 54 people onboard. The wreckage was spotted in an eastern Papua province, but there is still no word if there are any survivors from the crash (which was reportedly due to bad weather).

7. Comelec presidential debates to push through

The Comelec is also planning to propose an amendment in the election law that will compel candidates to participate.

8. Poe tells Roxas to consider others for 2016 running mate

Senator Grace Poe has told Interior Secretary Mar Roxas to consider other running mates as she hasn't decided whether or not she will seek a higher post in next year's elections. "Sabi ko nga sa kanya, marami ka namang ibang pagpipiliian," she said. She also admitted that he personally asked her to be his running mate, but made it clear that she has yet to make a decision.

9. 10 Cliched Phrases in Your Resume, Translated

Before you reach the dreaded job interview, you must first make it past the first hurdle: The equally terrifying resume. We decoded 10 statements commonly found in resumes...including yours.

10. 10 Perfect Songs for Every Manila Situation

Some people need a workout playlist to get pumped up at the gym. Others need a playlist to be productive. Don't stop there! Your everyday Manila experiences are colorful enough to warrant their own music playlist.