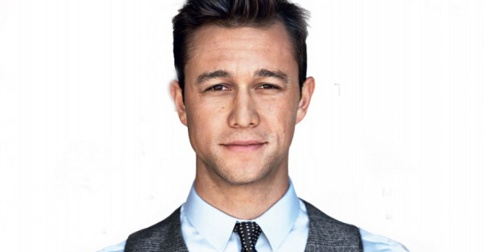 1. Joseph Gordon-Levitt is now a dad

Sorry, ladies. Joseph Gordon-Levitt is now a first-time father with his wife, Tasha McCauley. They won't be announcing their baby boy's name, but reports say "the family is all happy and healthy." He married his wife, the co-founder and CEO of Fellow Robots, in December last year.

2. Mayor Herbert Bautista gives an update on his movie with Kris Aquino

Although Kris Aquino earlier said that she and Mayor Herbert Bautista will begin shooting for their upcoming Star Cinema film in July, the latter admitted that they have yet to start. He explained that Kris is currently busy shooting Etiquette for Mistresses, which is set to be released next month. He added that they are still clueless as to the final plot of the story, saying "We have not met about it. Wala pa kaming meeting."

Their movie is an entry in this year's Metro Manila Film Festival.

Reports surfaced that Batangas Gov. Vilma Santos could be a possible running mate of DILG Sec. Mar Roxas in 2016. Luis Manzano, however, told the press that his mother did not run for governor as a stepping stone for higher office. "'Yong mommy ko, talagang it’s not about running for higher office. It’s about being able to serve," he said.

Earlier this month, Vilma said that she is set on declining the offer to run as VP, adding that should she decide to run for office, she preferred to run as congresswoman of Batangas.

4. Taylor Swift now has a name for her signature dance move

You can always count on Taylor Swift to dance at every award show she attends. Now, thanks to some fans on Tumblr, Taylor has officially christened her dance move as the "Mom-Croon." She defined it, saying, "A dance move invented at the 2014 Grammy Awards. To sway, perform, and sing along to a song in an extremely emotional or sentimental way, possibly incorporating hand gestures. Eyes closed, lost in the music. The way your mom gets taken away by a tune from her high school days, glass of red wine in hand, shuffling around the room as her teenage kids roll their eyes in disdain."

To illustrate, she even used the term in a sentence: "Oh look, Taylor’s being embarrassing again–just mom-crooning away in the corner by herself because 'Sometimes' by Britney Spears came on. Oh God. Now she’s crying."

5. A reporter accidentally brings a four-year-old boy to tears

The first day of school is tough, especially for a little kid who is off to start school for the very first time. Four-year-old Andrew Macias was brought to tears during an interview with a reporter who asked him if he was excited for pre-kindergarten. At first, he seemed enthusiastic but his whole face just crumpled when he was asked if he'd miss his mom.

Thai authorities have reportedly identified two more suspects in Monday night’s bombing of a crowded Bangkok shrine, citing the same CCTV footage that earlier led police to issue an arrest warrant for an "unidentified foreign man." In the footage, two men appear to be standing close to the primary suspect as he drops a black backpack at the Erawan Shrine 15 minutes before the blast.

The explosion took the lives of at least 20 people, including one Filipino, and injured over 120 others.

7. BEEP electric jeeps may launch in Manila roads this November

A new kind of jeepney called the BEEP—short for "Bagong Jeep"—may start operating in Metro Manila this November. The environment-friendly vehicle has a lead-acid rechargeable battery that has lighter environmental impact and will reportedly run more quietly than a regular jeep. The BEEP has the same seating capacity as the original jeepney, and there will be no additional fare charges. Payment, however, will be processed electronically.

More storm signals and storm surge warnings were raised in Northern Luzon on Thursday noon, in preparation for Typhoon Ineng's (international name: Goni) approach. While the storm won't be making landfall, it is expected to directly affect extreme Northern Luzon. It is forecasted to leave the Philippine Area of Responsibility on Sunday.

Call it a throwback of sorts. We look back at 10 things in Manila that you likely won't see any time soon, from giraffes in Manila Zoo to the original Rustan's Makati.

10. On the Spot: BAYAW for President

SPOT.ph sat with Jun Sabayton of Bagong Alyansang Ayaw sa Walang Hiya (BAYAW) Party List to chat about his presidential bid, Grace Poe, and how to solve the MRT problem.