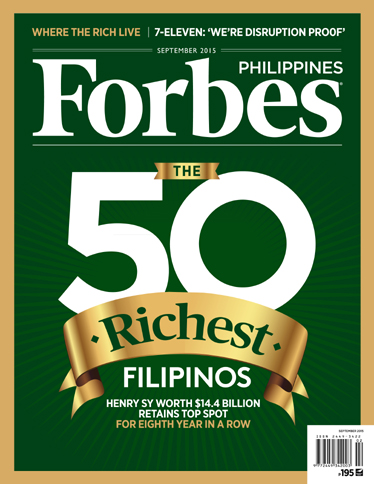 According to Forbes Philippines 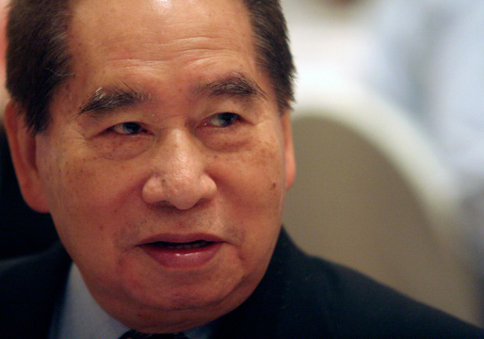 (SPOT.ph) Forbes Philippines' 50 Richest Filipinos List for 2015 was released on August 27 with retail and banking tycoon Henry Sy retaining his title as the wealthiest Filipino. Sy has held the title for eight consecutive years, and his net worth grew even bigger at an estimated U.S. $14 billion.

John Gokongwei Jr. of JG Summit (with interests in petrochemical and electric distribution) moved up three places to the second spot with a net worth of U.S. $5.5 billion.

From last year's second-place finish, Andrew Tan moved one spot lower with a U.S. $4.5 billion net worth. The 62-year-old owns the McDonald's franchise in the country, as well as malls, resorts, and casinos.

The net wealth used in ranking was based on the stock prices and exchange rates on August 14.

Forbes Philippines Philippines Richest List Henry Sy
Your Guide to Thriving in This Strange New World
Staying
In? What to watch, what to eat, and where to shop from home
OR
Heading
Out? What you need to know to stay safe when heading out