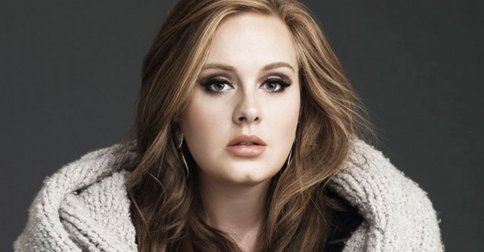 A weed wedding, an awesome Instagram update, and more.

After months of speculation, we finally know when Adele's new album, 25, will be released! According to Billboard.com, the new album is slated to hit stores this November. This is Adele's highly anticipated follow-up to her record-breaking 2011 album, 21. Her team has mostly been mum but reports say that she worked with OneRepublic's Ryan Tedder (who co-wrote "Rumour Has It" on 21) and writer-producer Max Martin (whose extensive work includes "Shake It Off," "Blank Space," and "Love Me Like You Do").

2. Maine Mendoza has a message for impatient #AlDub fans

On Thursday, Maine Mendoza or more popularly known as Yaya Dub took to Twitter to send a message to impatient fans of her popular love team, #AlDub. Both Maine and Alden Richards have yet to meet in person. She wrote, "We are doing our best to make you guys laugh and kilig every single day! Kalma lang ha, wag tayo magmadali. Let's just enjoy the show!" The tweet was also retweeted by Alden.

You might remember reports earlier this week about Angelica Panganiban posting an expletive-filled rant against commenters who pit her against Bea Alonzo. Now, her Pangako Sa 'Yo co-star, Joem Bascon has come to her defense. He denied that Angelica had the same attitude on set, saying, "Masaya siya. Palabiro naman talaga si Angge [Angelica's nickname]." He added that they just have a lot of fun while on set.

4. This wedding has a weed bar and a "budtender"

Most weddings will likely have a photobooth and an open bar. Not for this couple in Oregon. John Elledge, a professional cannabis cultivator by day, married Whitney Alexander in a private ceremony that had a "weed tent." The "bud bar" had 13 different varieties of weed, but guests were limited to eight ounces of pot in total."We were shocked by how much people loved it. I'm still getting a couple of texts a day from guests who enjoyed the weed tent," said the groom in a radio interview.

Say goodbye to third-party apps because Instagram now lets you post photos in full-size landscape and portrait! The new update came on Friday, which will run alongside the traditional square photos. According to the app's own research, 20% of uploaded photos used third-party apps to modify and fit into the square size. The update is now available for both Android and iOS users.

Reports say that two gunmen fired shots at the newly opened coffee shop of ABS-CBN broadcaster Anthony Taberna in Quezon City. According to the security guard, the incident happened before dawn on Friday. Two men reportedly approached him asking if he was armed and when he said no, they began to open fire at the glass windows.

Police are now reviewing the CCTV camera recordings and say that Taberna's job may be the reason for the shooting.

At least 3,000 members of Iglesia ni Cristo continued their second day of vigil in front of the Department of Justice's compound in the city of Manila on Friday. Some protesters held placards that said, "Huwag pakialaman ang relihiyon, labag ito sa Konstitusyon." Their protest comes after Justice Sec. Leila de Lima's supposed "meddling" in INC's internal affairs for ordering an investigation into the alleged abductions of its members.

Tolentino came under fire for the worsening traffic situation in Metro Manila and rejected calls for his resignation. Meanwhile, the Palace said it is eyeing an "odd-even scheme" for plate numbers to ease traffic.

And just like that, it's the beginning of the -ber months! We bid goodbye to August with a roundup of the best and most scrumptious things we ate this month.

Just when you thought braving the traffic was bad, here comes the other tough part: finding a parking space. We document the 10 stages of your experience, from frustration to success.