A Timeline of What Happened During the INC Rally...and What the Politicians Said About It
Loading
Already a member? Log in
No account yet? Create Account
Spot.ph is your one-stop urban lifestyle guide to the best of Manila. 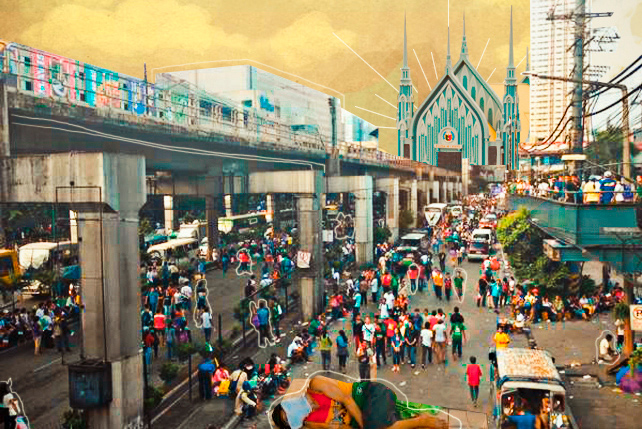 A Timeline of What Happened During the INC Rally...and What the Politicians Said About It

Here's your five-minute guide to what happened over the weekend, plus a look at what our politicians said. 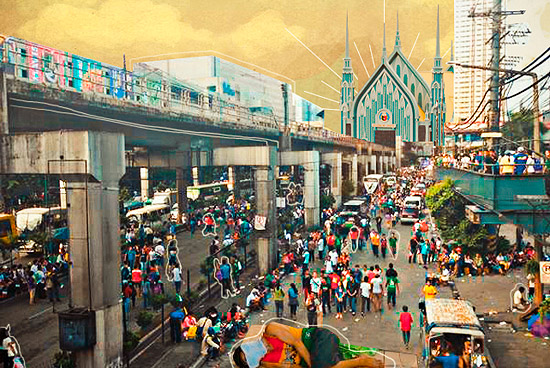 (SPOT.ph) Friday night (and the rest of the long weekend) felt like an endless traffic jam, but the events related to the Iglesia ni Cristo protests actually started on Thursday, August 27. If you're still trying to catch up, here's a brief timeline of what happened over the weekend.

On Justice Sec. Leila De Lima's birthday, INC members converged in front of the Department of Justice (DOJ) office to question what they alleged was the extraordinary attention being given the case filed by expelled minister Isaias Samson Jr. against INC leaders, charging them with harassment, illegal detention, threats and coercion. The members blocked the gates of DOJ, forcing De Lima to send a decoy and exit through the back gates. 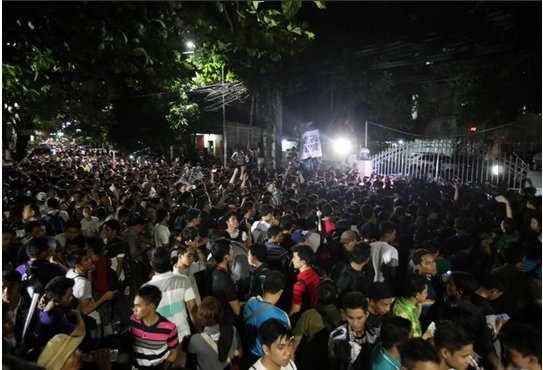 Members stayed outside the DOJ overnight to hold a vigil. They were permitted by the local administration to stay in Manila until September 4.

By Friday night, the crowd started to flock along EDSA and Shaw Boulevard. Reports say that the convergence started as early as 8 p.m.

Motorists were in awe as EDSA traffic remained until an ungodly hour. The MMDA warned the public to expect heavy traffic, citing Megamall's four-day sale.

DILG Sec. Mar Roxas posted his statement in his official Facebook page, saying among others: "While all citizens have the right to be heard and to peaceful assembly, the exercise of these rights cannot impinge on the rights of others or cause inconvenience to anyone."

Meanwhile, an INC member spoke to the Inquirer on condition of anonymity and admitted: "Wala kaming napala. Napagod lang kami."

Dear Malacañang, this is what your inaction has led to. Good job.

EDSA Guadalupe-Santolan remained frozen over the weekend, sparking anger and debates from netizens.

Randy David pointed out that INC's interpretation of "separation of church and state" is disturbing, adding, "I am aghast that lawyers like Senator Escudero, Vice President Jejomar Binay, and Ferdinand Topacio view this matter as an issue of religious freedom. To say so, I think, is to pander to people’s emotions."

The Philippine Daily Inquirer discussed in an editorial how the official reasons for the rally given by INC officals don't make sense, and stated simply: No one is above the law.

Former Akbayan party-list Rep. Walden Bello expressed disappointment in Sen. Poe, VP Binay, and Sec. Roxas for "conciliating" the INC leadership. "The INC disruption of Metro Manila is simply unacceptable and politicians conciliating these fanatics must be condemned," he said, adding: "When the right to free speech is exercised to deliberately wreck public order and create chaos for the vast majority, then the government must place the welfare of the majority in command."

Bello also pointed out that any allegation of a crime falls within the jurisdiction of the State: "If a Roman Catholic priest is accused of sexual exploitation of minors, he would be subject to secular prosecution by the state and would never be allowed to invoke the separation of Church and State principle to protect him from prosecution. The same in the INC case. No double standards."

Finally, the protests were called off by INC leaders on August 31. Their leader, Bienvenido Santiago, mentioned an undisclosed "deal" made with the national government, which the Palace quickly denied.

Before leaving, protesters voluntarily picked up their trash. But John Nery's column highlighted the effects of the rally, wondering if the organizers thought they would show off their clout, and whether they thought that politicians would come rushing to defend them. Nery wrote, "The example of Vice President Jojo Binay and Senators Grace Poe and Chiz Escudero, who received an unprecedented backlash on online and social media for their statements, stopped other politicians from making the same mistake."

Now that things are settling down, here's a look at whether our senators said anything about the issue, since they're usually so vocal.

Inc Rally Iglesia Ni Cristo
Your Guide to Thriving in This Strange New World
Staying
In? What to watch, what to eat, and where to shop from home
OR
Heading
Out? What you need to know to stay safe when heading out