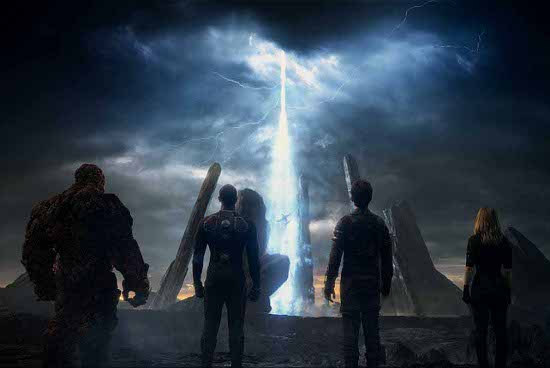 A high-heeled surfer, DOJ to proceed with INC probe, and more.

(SPOT,ph) Busy day, Spotters? We quickly recap 10 things you might have missed while you were off the radar.

1. Stan Lee has a funny answer to why Fantastic Four flopped

You might remember how the new Fantastic Four reboot didn't do so well critically...or commercially. In an interview, comic book legend Stan Lee (who created the original characters with Jack Kirby), shared his hunch about why it failed, saying, "It’s probably because I didn’t have a cameo in it." He added that the new movie's filmmakers didn't discuss the movie with him.

In an Instagram post from Liz Uy's Stylized Studio, they announced that they will soon be working on a project with Maine Mendoza, more popularly known as Yaya Dub. Although details are still scarce, it looks like even Lola Nidora (played by Wally Bayola) will be part of the unknown project.

The son of Piolo Pascual has reacted to rumors that his love team partner Julia Barretto is dating James Reid. In an interview, he said, "'Yong ginagawa namin outside our love team is our own personal choice. As Julia's best friend, I don't mind if it's really her decision." He didn't confirm the rumors, explaining that they don't really talk about their love lives.

4. Idris Elba has the perfect response to James Bond author's "too street" comment

James Bond author Anthony Horowitz drew flak after he recently remarked that British (and black) actor Idris Elba is "too street" to play the titular character in a movie. Elba, who has long been the Internet's choice as Daniel Craig's successor, posted a screenshot of the article on his Instagram and wrote, "Always Keep Smiling! It takes no energy and never hurts! Learned that from the street!"

Horowitz's full comment: "For me, Idris Elba is a bit too rough to play the part. It’s not a colour issue. I think he is probably a bit too 'street' for Bond. Is it a question of being suave? Yeah." He later apologized for causing offense.

5. Watch this surfer ride a wave in high heels

Meet Maud Le Car, a French surfer who has done the impossible. While some of us have trouble keeping our balance on solid ground in stilettos, she's surfing in the ocean while wearing them! She wore a cocktail dress, too.

The survey said that Roxas would win the presidency if it were just between him and Vice President Jejomar Binay.

Despite a five-day rally and calls for her resignation, Justice Sec. Leila de Lima said the Department of Justice (DOJ) will still investigate the criminal complaints filed against certain leaders of Iglesia Ni Cristo. De Lima said a prosecutor or a panel of prosecutors will be assigned to conduct the preliminary investigation on the illegal detention and harassment complaints filed by expelled INC minister Isaiah Samson Jr.

Customs Commissioner Alberto Lina admitted that the BOC was wrong in collecting tax on the championship belt brought home by Filipina boxer and mixed martial arts fighter Jujeath Nagaowa. He called the issue an "isolated case" and assured the public that such an error would not happen again. "I'm sending a representative in Baguio to pick her up. Gagawin namin 'yon at gagabayan namin," he said.

First dates are always a nerve-wracking experience, no matter how many dates you've been on. We document the 10 thoughts you probably have while you're on a date.

If you happen to be a former Isko or Iska (or are one now), we round up the best places to check out while you're on campus, whether they're old favorites or new finds.