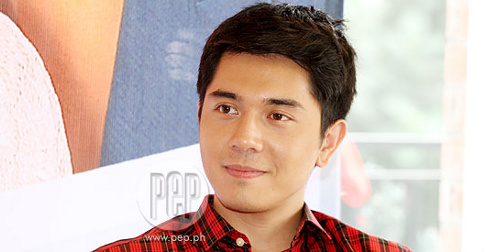 Earlier this week, exes Paulo Avelino and KC Concepcion were photographed together during ASAP's recent trip to London. In an interview, Paulo said that he and his ex-girlfriend have moved past their breakup and are now friends. He said this wasn't the first time they met since their split because they've run into each other several times since. "Ganoon talaga, if you see each other, nagbabatian kayo. Nagkukuwentuhan kayo and that's it. It's casual. It's what any other friends would do, same thing."

When asked about what happened during the London trip, Paulo simply said, "Wala. Nagkita lang kami, nag-usap. That's it."

In a press statement released Friday, TV5 announced that Wilma Galvante will step down as the network's chief entertainment content officer in order to "establish an independent content creation company." They clarified, however, that Galvante will keep working with the network as her company will be a line producer of shows like Happy Truck ng Bayan and Wattpad Presents.

It's official! James Reid and Nadine Lustre are headed to this year's MMFF. They will be joining Vice Ganda's MMFF entry, Beauty and the Bestie alongside Coco Martin and Ellen Adarna. Vice didn't disclose any further details, except to say that shooting will start on Tuesday, September 15.

Potterheads, your life (as a Harry Potter fan) has been a lie. J.K. Rowling took to Twitter to say that Lord Voldemort's name is actually pronounced with a silent "T." (Is Rowling a fan of Stephen Colbert? We just don't know.) According to her, the French word "mort" (in the proper pronunciation) means death.

If the current set of emojis just aren't cutting it, someone has created a keyboard app that lets you use Pope Francis emojis. Aptly named "Popemoji," it features 52 emojis and 14 animated GIFs, and includes illustrations of Pope Francis taking selfies, throwing a football, and eating a hotdog. The app is available for both iOS and Android users, and can be used like any other third-party keyboard app.

The app was reportedly created as part of a social media push ahead of the Pope's visit to America later this month.

DILG Sec. Mar Roxas drew flak on September 9 after he posted a message greeting veterans a "happy anniversary" in connection with the September 9, 2013 siege of the city by members of the Moro National Liberation Front (MNLF) led by Nur Misuari. Just minutes after it was posted on Facebook, the post was edited to remove the "happy anniversary."

In a statement released on Friday, September 11, Roxas said he only intended to commend Zamboangueños and government forces for keeping the peace and order in the city during the siege. "It was in this sense that I greeted our compatriots and comrades. To those who may have taken offense, none was intended," he said.

In an interview on ANC's Headstart, Philippine National Police-Highway Patrol Group (HPG) Director Chief Supt. Arnold Gunnacao revealed that private car owners are "more stubborn" than PUV drivers. "They want to be ahead of others," he explained. "That is one of the reasons why traffic congestion occurs because they really want to be ahead of others, and there will come a time that there will be a bottleneck because of their habit of doing that (sic)."

He cited numbers from the four days since HPG has began managing EDSA. Of 271 apprehended traffic violators, most of them are private vehicles. Cars also often swerve and change lanes, which contribute to congestion.

The Land Transportation Franchising and Regulatory Board (LTFRB) summoned transport network companies such as Uber and GrabCar to attend a meeting on September 16 due to an "unreasonable" fare increase imposed a few weeks after their accreditation. The meeting will discuss "surge pricing," which Uber does "at times of high demand" in order to "encourage more drivers to become available."

9. Daang Matuwid and Why Mar Roxas Should Stray From It

One of our favorite writers pens some valuable advice for presidential hopeful Mar Roxas, including the merits of staying away from Daang Matuwid.

10. 10 New Restaurants You Need to Try This Month

Stumped on where to eat? We break down Manila's dining landscape with a handy list of new places to try this month.