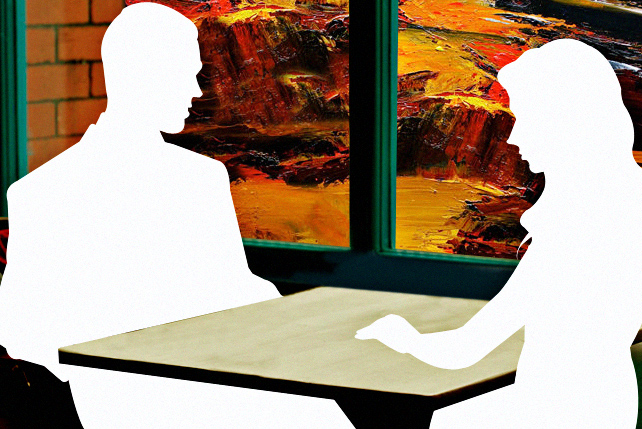 A close look at how we look at foreigners. 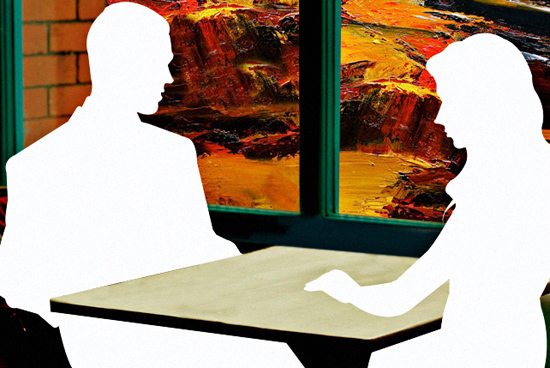 (SPOT.ph) At a certain popular café in Bonifacio Global City, I was trying to get a quick lunch and a bit of work done, so I moved myself to a table by the window. A server came up and very politely told me that the table was reserved. I apologized and moved back to my original seat. Over the course of the few hours I spent there, I witnessed numerous attempts by customers coming in to try and take the corner table, but they were always directed somewhere else. I was not really very bothered about a table being mysteriously kept empty for clients who appeared to be very, very late for their reservation, until a foreign couple sat themselves at the table and were immediately handed menus.

Because I deal with restaurants for my job, I almost never make a fuss. Elsewhere, I’ve taken seats by the trash station or calmly fished a fly out of my soup and continued eating. But I was in a fighting mood about this one, and so I felt I had to know about the corner table. The management denied that the corner table had ever been reserved; in fact, they didn’t take reservations. I left it at that; but I haven’t been back to this establishment ever since.

What I’ve left out of the story, of course, is the crucial point: that they were white foreigners. Not mainland tourists, not Middle Eastern, not South Asian. And that makes all the difference in this city, as with many others; in China, white people can earn a decent living being shuttled around to populate real estate properties when visitors arrive, to give the place a more cosmopolitan feel; or being hired as negotiators to represent a firm. It has been suggested that “whiteness” in itself has become a commodity to be bought, hired, acquired, passed on.

There are many aspects to this in the Philippines. Maids and drivers compete to work for white expatriates, largely because they are known to pay exorbitant salaries; but there is an element of prestige in working for a foreigner rather than a local. Among the poor, as the story goes, snagging a white man is considered a three-in-one win: not just a husband but an escape route through naturalization by marriage, with the added bonus of having half-white children who can grow up to be models and movie stars. Not even the middle class are immune: there’s nothing like having a foreigner in your midst for everyone to start minding their subject-verb agreements, or peppering their conversation with verbal subtitles: “Would you like to go have merienda, or mid-afternoon snack, with us?” “Please pass the calamansi (Philippine lime).”

No judgement is being passed. Whites who come to the Philippines don’t expect to be treated like demi-gods; in fact most of them are embarrassed about it. A few take advantage of it, but given the way they are treated I’m surprised that not more let it go to their heads. It goes without saying that foreigners should not act entitled and superior, just as locals should see them (and all other foreigners of various colors and creeds) as equals.

The idea of the poor who see a white foreigner as their ticket out of poverty is a view of the situation from the vantage-point of  the middle class, who are on the outside looking in; even if we think we know the story well, we must resist the temptation to be cynical and dismissive. This is not to be blind to the disparity of the power-relations between the couples, but to know the limits of what is our business and what we can do. After all, everyone across the board, including the middle- and upper-middle class, are more likely to marry foreigners than ever before, but this is because we all travel and live abroad more: the marriage market, as it is aptly called, has been disrupted. This trend is only likely to increase.

Certainly there are race-relations at work here, as well as the age-old Filipino fascination with whiteness as commodity (though this used to be reserved for Spanish or American whiteness, but now other races will suffice, or even whiteness that comes out of a bottle or a pill). But before we get too indignant let us cast our minds back to the last years of the Marcos era, when people hoisted tall antenna masts in their homes to get FEN-P, the television channel broadcast out of the American bases, an apple cost P20 (a small fortune back then), and we dressed up in “Amerikana” (jacket and tie, since we’re subtitling) to eat steak at the Main Club at Camp John Hay. Now we have over a hundred channels on cable but we still can’t get enough of Eat Bulaga, apples are cheaper and easier to find than real Guimaras mangoes, and there’s Angus beef tapa, Wagyu sinigang, and so on.

The process of globalization moves quickly in some quarters but moves more slowly in others, especially those involving changes to deep-seated societal mores. Commodities are globalized, and the market adjusts swiftly; the movement of people has become globalized, but society is slower to adapt. The hegemony of white over brown or black, of English over other languages, of Western culture and standards of beauty over the rest of the world, will continue to persist and will be slow to fade: this is a worldwide uphill battle. But the influx of foreign people into the fabric of Philippine life, people who are not colonizers but who are expatriates, sojourners, economic migrants, is due to a more global labor market and a more free movement of people around the globe. The solution is not for us to close ranks in a great solidarity of pro-Filipino protectionism and xenophobia; that would be simply racism turned the other way (as has happened in South Africa and Zimbabwe).

Like apples or foreign television, foreigners will eventually become more commonplace; this is simply inevitable. We can only hope that they will choose to integrate into our social cliques; and we will stop acting stiff and subtitling when we discover that (for the most part) they are equally concerned about learning the customs and not offending, and are willing to pick up the basics of the language, a courtesy anyone living abroad should extend. The basis of mutual respect is to see the other as human: not any more, not any less.

It’s not about foreigners first or putting the Filipino first; the corner table at the restaurant belongs to whoever gets to it first (or has actually made a reservation). Whiteness may be a commodity, but like all commodities, its value is not intrinsic but depends on what we choose to give to it.

Clinton Palanca
Your Guide to Thriving in This Strange New World
Staying
In? What to watch, what to eat, and where to shop from home
OR
Heading
Out? What you need to know to stay safe when heading out