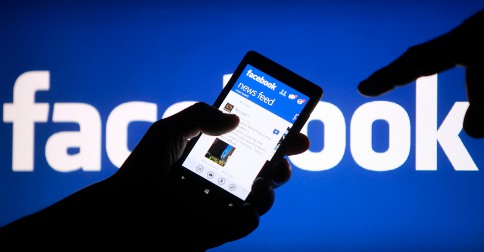 According to Facebook founder Mark Zuckerberg, the social network is looking to add a "Dislike" button very soon. "Probably hundreds of people have asked about this, and today is a special day because today is the day that I actually get to say we are working on it, and are very close to shipping a test of it," he said. He added that he didn't want this new function to be a way for people to "down vote" posts, and instead, he hopes it will be a way for people to "expess empathy."

Congratulations are in order for John Prats and Isabel Oli, who announced on Tuesday that they are expecting a baby together. John and Isabel tied the knot in May, after a very public proposal from the former.

JLC and director Erik Matti's Honor Thy Father, which premiered in this year's Toronto International Film Festival, is already receiving rave reviews from critics. Steve Gravestock of TIFF praised Matti and John Lloyd, saying, "Holding everything together are Matti's fluid, skilled direction and the tightly wound performance by Cruz, whose Edgar—disgusted by the greed and hypocrisy he encounters—seems always on the verge of exploding."

Meanwhile, Harry Windsor of The Hollywood Reporter praised Matti for treading on sensitive topics like religion, poverty, and family.

4. Matt Damon under fire for controversial statement on diversity

On Tuesday, Matt Damon drew flak for his statement on diversity in movies. During an episode of HBO’s reality show Project Greenlight, where he and Ben Affleck award a U.S. $3 million film budget to aspiring filmmakers who compete to work on one script, Damon had a debate with Effie Brown, a black film producer. Brown stressed the importance of choosing a "diverse" directing team that can properly handle the only black character (who was also a prostitute) in the project.

Damon interrupted her, saying that diversity should be considered in the casting process and not when choosing a director. His comment has since sparked a debate online.

5. Watch an awesome mashup of Inception and Nightmare on Elm Street

A Vimeo user has successfully mashed up two awesome movies about dreams: Christopher Nolan's Inception and Wes Craven's Nightmare on Elm Street. We're sure fans of both movies will love the intense result.

Officials in New Delhi, India’s most populated city, say it is experiencing "the worst outbreak [of dengue fever] in the last five years" with over 1,800 cases, including five deaths. Delhi’s director of the Municipal Corporation, Y.K. Mann said that the number of cases will likely increase if the weather remains humid. The local government is now calling for the addition of 1,000 beds to public hospitals.

7. This is how Binay felt after being grilled at the UPLB forum

Lawyer Harry Roque, who was with Vice President Jejomar Binay at the D.L. Umali stage at the UPLB Forum, said Binay was "happy" after the event, but they "now know much needs to be done." He explained, "What I can say is he needs to work on it, connect with the millennial generation."

Roque also downplayed reports that said the VP was "booed" at the event, saying, "I don't think he was heckled. From the stage, you couldn't hear it."

Earlier, Comelec Commissioner Christian Robert Lim told lawmakers that they had to move the location of the factory that will manufacture the voting machines for 2016 from China to Taiwan after receiving intelligence reports of an alleged attempt by Beijing to interfere in the elections. The Chinese embassy quickly denied the statement, calling it "groundless" and "sheer fabrication."

They also said that as policy, China does not interfere with other countries' internal affairs.

Certified suplado funnyman Stanley Chi is back to answer your most pressing questions about love. This time, he gives helpful advice on how to win the approval of your girlfriend's best friend.

We still don't know what makes mistress movies tick at the local box office, but we've seen enough. We break down why these movies need to go.