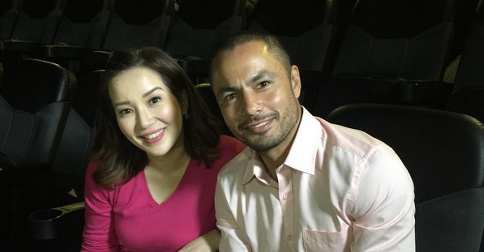 1. Kris Aquino and Derek Ramsay to do a movie together

Kristek is no more. According to a report from PEP.ph, the movie reunion of ex-lovers Kris Aquino and Quezon City Mayor Herbert Bautista is still pushing through...but with a new leading man. Mr. and Mrs. Split, an entry in this year's MMFF, will now feature Derek Ramsay in Bistek's role. The cast and the MMFF have yet to give a formal announcement, but Kris earlier confirmed that there is an "addition to the cast."

It looks like It's Showtime's "Twitterserye" involving Angelica Jane Yap (more popularly known as Pastillas Girl) wasn't enough to pull their ratings. AGB Nielsen data for September 11 revealed that the show only had 8% in ratings, compared to Eat Bulaga's 32.1%. GMA Network's noontime show consistently topped the timeslot from September 11 to 13.

Four other programs that featured Alden Richards and Maine Mendoza also led the ratings in their timeslots, including Magpakailanman and Kapuso Mo, Jessica Soho.

3. A former Glee star is coming to the Philippines

Mark Salling, who is best known for his role as bad boy Puck in Glee, announced Thursday that he will be part of this weekend's AsiaPop Comic Con. He isn't the only celebrity paying Manila a visit; he will also be joined by Age of Ultron's Paul Bettany, Game of Thrones' Nathalie Emmanuel, and Arrow's Colton Haynes. Agent Carter's Chad Michael Murray and GOT's Jason Momoa were previously scheduled to attend, but had to back out due to scheduling conflicts.

American songstress Lana Del Rey released her third album, Honeymoon, on Friday, September 18. You can listen to the full album with songs including High By The Beach, Music To Watch Boys To and Terrence Loves You on Spotify.

Shirtless men and cats put together doesn’t seem weird at all. Both are Internet sensations, so it makes a lot of sense for a book to be published with pages of hot men and cute cats. The book, which started as a French Tumblr account, is aptly titled Men & Cats and will surely be an, ahem, interesting addition to any coffee table collection.

The Philippine Institute of Volcanology and Seismology (Phivolcs) told coastal communities facing the Pacific Ocean to be alert for possible tsunami warnings on Thursday, September 17. After a strong 8.3-magnitude earthquake shook a coast of Chile, the agency has been monitoring changes in sea level.

On Friday, September 18, Camarines Sur Rep. Leni Robredo was formally asked by the Liberal Party to be the running mate of Administration standard-bearer Mar Roxas II for the 2016 presidential elections. Leni, who is the widow of late Interior Secretary Jesse Robredo, feels pressured, but is still thinking about accepting the offer. She says she will have her decision made before the filing of certificates of candidacy, which is on October 12.

The Commission on Elections is now preparing for a series of presidential debates starting February 2016. It earlier announced that they will be doing three presidential debates that will be held in Luzon, Visayas, and Mindanao, and one debate for Vice President hopefuls. Comelec Chair Andres Bautista also said that regional and provincial election supervisors have already been told to hold similar debates in their area as part of their campaign to shift the elections to be "more platform-based."

It's never too late to learn a new skill or two! If you're looking to get creative, we rounded up crafting workshops for the rest of September that you can still join.

The area surrounding the University of Santo Tomas is known for two things: the flood and the food. If you're looking to explore the area, here are some places you shouldn't miss.