Duterte wants people to stop asking him to run for president
Loading
Already a member? Log in
No account yet? Create Account
Spot.ph is your one-stop urban lifestyle guide to the best of Manila. 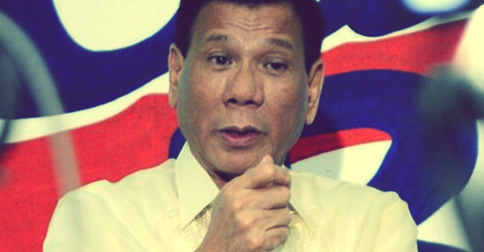 Duterte wants people to stop asking him to run for president

Not even a sign from God can change his mind.

(SPOT.ph) Davao City Mayor Rodrigo Duterte called for a hurried news conference on the evening of September 21 to ask his supporters not to “dramatize” their request for him to run for president in 2016, and stop all their efforts altogether. He said not rallies, signature campaigns, nor a million followers gathered at Quirino Grandstand—not even a sign from God—can change his mind.

Duterte mentioned that he did not want people to think that he is just playing "hard to get" or waiting for higher bidders. "There's a planned assembly... a few hundred people... they want to dramatize their request for me to run for president," he said. "Huwag nila gawin sana yan kasi it could complicate matters. Baka sabihin ng tao atras-abante ako. I do not want any part of that exercise."

He is referring to the September 26 gathering of his supporters in Quirino Grandstand to show their support and appeal that he run for president.

He stands by what he said on September 8: he plans to retire from politics in 2016, given that former Mayor Sara Duterte-Carpio, his daughter, would agree to his suggestion of running for mayor. If she would refuse, he said that would be the reason for him to run for reelection. The Mayor's motives for declining to run for president remain the same: lack of funding, old age, different illnesses bothering him, and his family's reluctance.

He claims that he’s not the person that can end all our nation’s problems, and that no president can do that in six years.

Despite his plea, his supporters are not swayed from persuading the Mayor to run for president. Members of the Hugpong Federal Movement will go to the Commission on Elections office on Tuesday, September 22, in Davao City to obtain copies of the certificate of candidacy which they intend to file on Duterte's behalf. However, the Mayor says no one can file a certificate of candidacy on his behalf without his permission.

Presidential Election 2016 Elections Ph Rodrigo Duterte
Your Guide to Thriving in This Strange New World
Staying
In? What to watch, what to eat, and where to shop from home
OR
Heading
Out? What you need to know to stay safe when heading out