Quotes of the Week: James Reid on fantasies, Lea Salonga on kababawan + more
Loading
Already a member? Log in
No account yet? Create Account
Spot.ph is your one-stop urban lifestyle guide to the best of Manila. 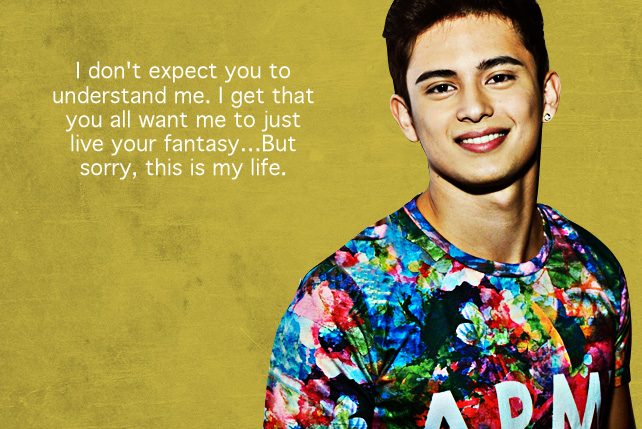 Quotes of the Week: James Reid on fantasies, Lea Salonga on kababawan + more

(SPOT.ph) This week was all about misunderstandings and clearing the air. The network war showed no signs of slowing down, with hyperactive fans continuing to challenge anyone—celebrity or not—who dared to bash their fandom. Meanwhile, more politicians are announcing their plans for 2016, Gilas Pilipinas has been playing with a lot of puso, and water has been found on Mars. 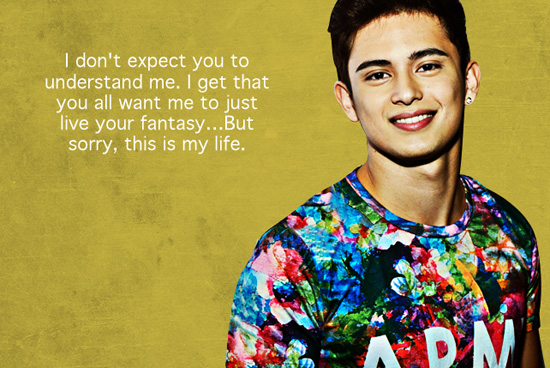 1. "I don't expect you to understand me. I get that you all want me to just live your fantasy...But sorry, this is my life." — Actor James Reid on his private life.

Sometimes fantasy is better than reality. 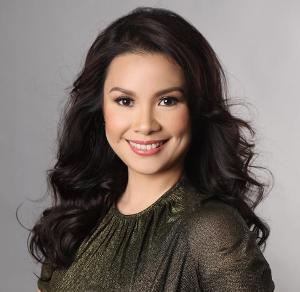 The statement was posted during the National Pabebe Wave Day and AlDub fans were quick to criticize Lea for this patama tweet. The singer denied that she was referring to AlDub and blamed it on a bad case of timing. 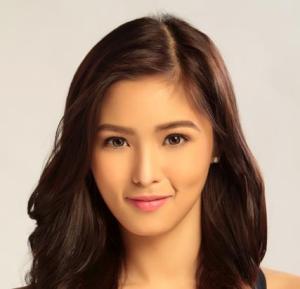 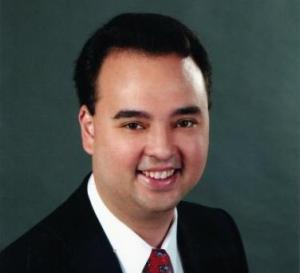 4. "I am running for vice president of the Philippines, and I’m putting my faith in God and to you—our people." — Sen. Alan Peter Cayetano on his vice-presidential bid.

The senator made his official announcement on Tuesday in Davao City. He also said that if Davao Mayor Rodrigo Duterte should change his mind and finally decide to run, he would not hesitate to be his running mate. 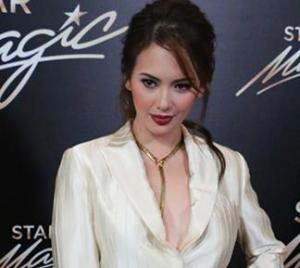 5. "For me, wala naman akong ginawang mali kasi wala naman akong sinaktang tao. And I was just there to have fun. It was a party." — Ellen Adarna on a certain drunken incident at the Star Magic Ball. 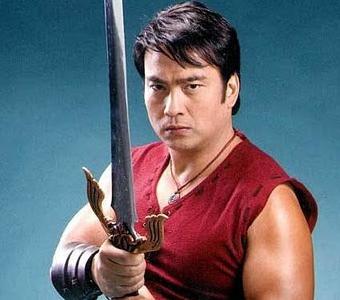 Panday to the rescue! 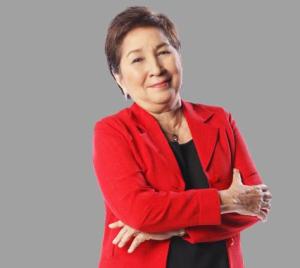 7. "The income taxes should be studied because nagtaas ang presyo. Mayroon akong suggestion. Lift the income tax holidays, rationalize income tax holidays on corporations here in the Philippines. Ang makukuha niyo diyan more than P150 billion." — Economist Solita Collas-Monsod a.k.a. Mareng Winnie on what the government could do to counter revenue losses from the proposed lowering of income taxes. 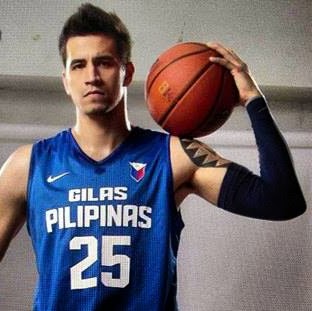 The team later on crushed India and emerged as the top team in Group E in the Asia FIBA Knockout round. 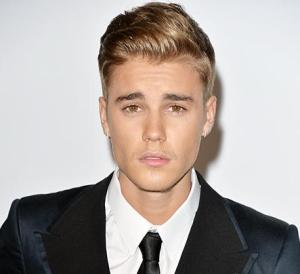 9. "I just wanna honestly live like Jesus." — Justin Bieber on his newfound spirituality.

He also clarified that he still won't go to church because "You don’t need to go to church to be a Christian. If you go to Taco Bell, that doesn’t make you a taco." Uh. Okay. Whatever you say, Biebs. 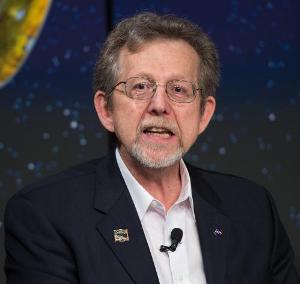 10. "Mars is not the dry, arid planet that we thought of in the past. Liquid water has been found on Mars." — Jim Green, director of planetary science at NASA headquarters, on finding water in Mars.

Mars Nasa Quotes Of The Week Fiba Asia Gilas Pilipinas
Your Guide to Thriving in This Strange New World
Staying
In? What to watch, what to eat, and where to shop from home
OR
Heading
Out? What you need to know to stay safe when heading out