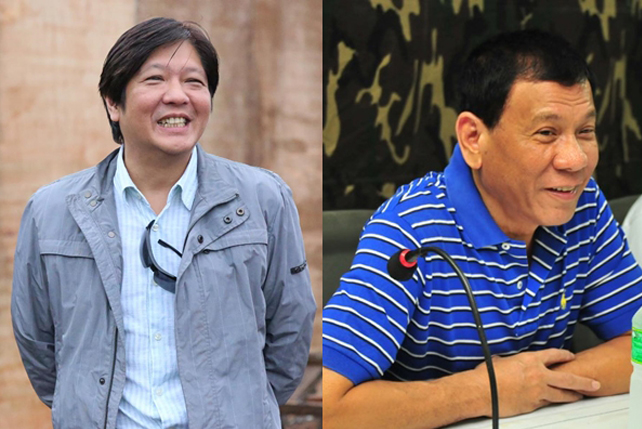 Bongbong Marcos and Rodrigo Duterte promise to support each other

Should Duterte decide to run for president, that is. 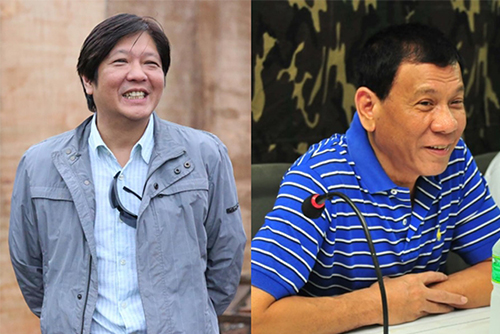 (SPOT.ph) On the evening of October 6, Sen. Ferdinand “Bongbong” Marcos Jr. officially declared his bid for the vice presidency in the 2016 presidential elections. He clarified that he will be running independently, but claimed that Davao City Mayor Rodrigo Duterte has committed to support him. Marcos said that he flew to Davao on Wednesday to consult with Duterte. “He was gracious enough to promise me his support should I decide to run for vice president. I, too, will support Mayor Duterte if and when he runs for president,” Marcos said.

Duterte has not made a decision yet, even though he has consistently dismissed the idea of running for president. However, he asked for more time for “final soul-searching with myself and with my family,” after his supporters gathered at Luneta Park to ask him to reconsider. On the other hand, Sen. Alan Peter Cayetano, who is also running for vice president, is still hopeful about a possible team-up with the Mayor. The deadline for the filing of certificate of candidacy for next year’s elections is on October 16. Duterte has until then to announce his 2016 plans.

“I have decided to put my political fortune in the hands of the Filipino people,” Marcos said. “I humbly ask them to judge whether or not I am worthy of their trust to be Vice President on the strength of my performance as a public servant in the last 26 years: first as former Vice Governor and Governor of Ilocos Norte, then as Representative of the 2nd District of Ilocos Norte and, finally, as Senator of the country,” he added.

Marcos is the fifth to join the race for the second-highest political position in the country. Earlier, on the same day of the Senator’s announcement, Camarines Sur Rep. Maria Leonor “Leni” Robrebo officially accepted Liberal Party standard-bearer Mar Roxas’ offer to be his running mate as vice president. Also pursuing the VP seat are Sen. Francis “Chiz” Escudero and Sen. Antonio Trillanes IV.

News 2016 Elections 2016 Elections Ph Bongbongmarcos Duterte Vice President
Your Guide to Thriving in This Strange New World
Staying
In? What to watch, what to eat, and where to shop from home
OR
Heading
Out? What you need to know to stay safe when heading out