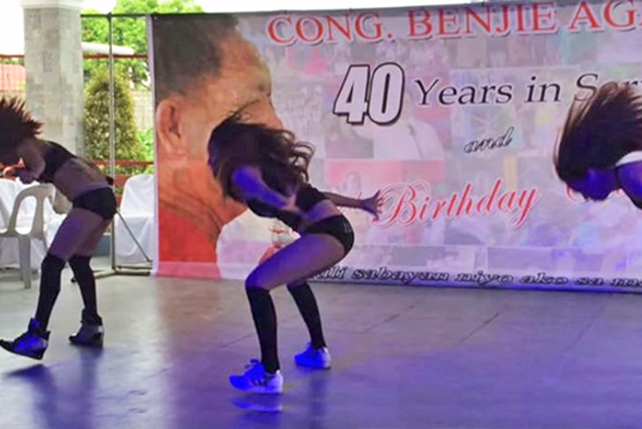 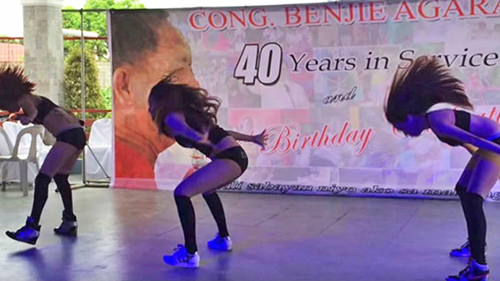 “I am asking for understanding and forgiveness especially from women groups who got hurt because of the incident,” said Tolentino, according to a report by Inquirer.net. “I am asking forgiveness from everyone who got offended by the incident especially to the family of Cong. Agarao and our friends from Laguna. I also apologize to my mother, who also got hurt, to the Liberal Party and Sec. Mar Roxas, whose name was dragged into what happened,” he added.

However, the MMDA Chairman claimed that he had no control over the show and such scenes “can also be seen every day by millions in television shows.” He has also asked the LP to remove his name from their senatorial lineup.

On the other hand, the event worked in favor of The Playgirls. “We have received inquiries for birthday party bookings. And yes, we are booked for the campaign trail,” said the group’s manager, Michael Tupaz, in a separate report. Their video currently has over 1,000,000 views and the group has earned nationwide recognition. Tupaz said he doesn’t find anything wrong with the said performance. In fact, the group is booked to perform in Dubai from November 5 to 9. Regarding Tolentino leaving LP’s senatorial bets, Tupaz said, “We’re sad, but it’s beyond our control.”

Playgirls Francis Tolentino Mmda Chairman
Your Guide to Thriving in This Strange New World
Staying
In? What to watch, what to eat, and where to shop from home
OR
Heading
Out? What you need to know to stay safe when heading out