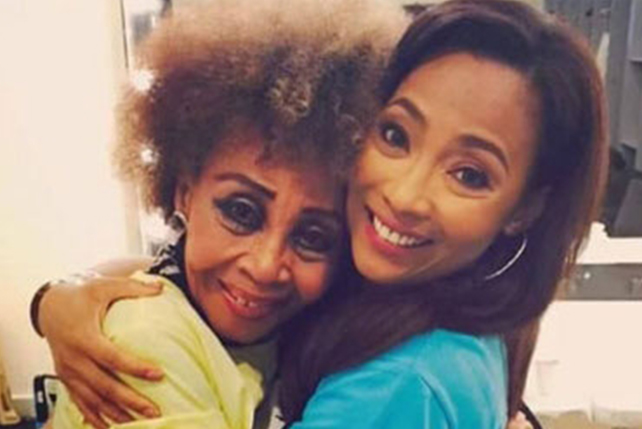 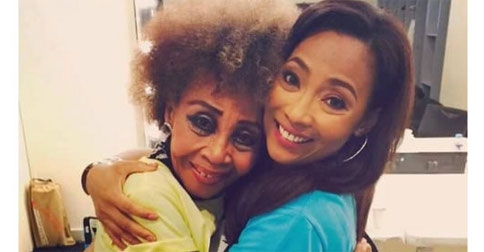 In a Facebook post, Jaya announced that her mother, veteran singer and comedienne Elizabeth Ramsey, passed away in her sleep on Thursday, October 8. In August, Elizabeth was rushed to the hospital due to hypoglycemia. The 83-year-old was dubbed the Philippines' "Queen of Rock 'N Roll."

It turns out the original Eduardo in Pangako Sa'Yo has nothing but kind words for Ian Veneracion, who portrays the character in the currently airing remake. Tonton Gutierrez said he gets the chance to catch the show, saying, "Si Ian naman is a good actor. Kayang kaya niya 'yong role." He added that despite some tweaks to the original storyline, watching the show brings back "good memories from 15 years ago."

On Thursday, Rihanna took to Los Angeles' Mama Gallery to unveil details on her upcoming eighth studio album entitled Anti. The cover, which was designed by Israeli artist Roy Nachum, features a photo of a young Rihanna holding a black balloon, with a gold crown covering her eyes. It also has a poem written in Braille by Chloe Mitchell, a theme which Rihanna explains: "Sometimes the ones who have sight are the blindest."

We still don't know when the album will be released, but Rihanna confirmed that her song with Kanye West and Paul McCartney will be part of the tracklist.

A group of inmates in New York have defeated Harvard University's top-ranking debate team in a friendly competition. Inmates of the Eastern New York Correctional Facility challenged the Harvard team to a debate that tackled the topic of illegal immigration and was judged by a neutral panel. They've also beaten teams from the University of Vermont and the U.S. Military Academy at West Point. The prison offers courses taught by faculty members of Bard College, which led to the formation of the debate club.

5. Stop what you're doing and watch the awesome trailer for the Sherlock special

We’re one trailer away from the Sherlock Christmas special. BBC has released the teaser for the series' much-awaited comeback and from the looks of it, it's got hints of a darker setting. There’s no release date just yet, but fans can expect thrilling scenes taking place in Victorian-era England. In the 90-second clip, Dr. Watson asks Holmes, "What made you like this?" to which he replies, "Nothing made me, I made me." Exciting stuff!

The United Nations Working Group on Arbitrary Detention has expressed their disapproval of the sustained confinement of former President Gloria Macapagal Arroyo. The group regarded it as illegal under international law because the Sandiganbayan "failed to take into account her individual circumstances," especially when Arroyo’s plea for bail was repeatedly denied. As for Malacañang, it recognizes the UN group’s opinion, but said that the latter has no power over the ongoing judicial proceeding.

7. Imelda Marcos disappointed that Bongbong is only aiming for VP

After Sen. Ferdinand "Bongbong" Marcos Jr. declared his vice presidential bid this week, he said his mother, former First Lady Imelda Marcos, is disappointed at his decision. She was hoping Marcos would follow his late father’s footsteps and seek the presidency. "She's wanted me to become president since I was three years old. Imagine how disappointed she is," Marcos told reporters. "The time was just not right to run for president." He has yet to announce a running mate for 2016.

Former senator and now Chairman of the Philippine Red Cross Richard Gordon asked the Commission on Elections (COMELEC) to oblige political candidates running next year to participate in healthy debates across the country before the 2016 elections. Gordon said that this is a better way of showing Filipinos the capabilities of the candidates as opposed to just basing it on the volume of their promotions. He also believes this would incur less biased votes.

9. 10 Fresh Tunes to Listen to This October

Be it local or international, we’ve rounded up fresh new tracks for your playlists. Listen to Disclosure with Lorde, Armi Millare with Dong Abay, and more.

A lot has changed since we first ranked this beloved brunch option two years ago. Numerous variations have popped up all over the Metro, and we found the best Eggs Benedict that we'd gladly have any time of the day.