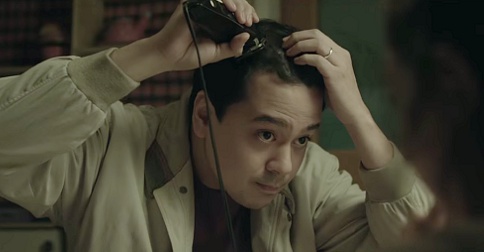 1. John Lloyd Cruz's Honor Thy Father may join MMFF after all

It looks like director Erik Matti's crime thriller may have a place at this year's MMFF after all. According to a report by Interaksyon.com, the historical biopic Hermano Puli will be pulling out of the MMFF roster due to lack of financing. The film, which told the story of 19th-century religious leader Apolinario de la Cruz, would have starred Aljur Abrenica. Matti's Honor Thy Father was the first of two reserve entries and has already premiered at this year's Toronto International Film Festival. The other entry is the Lovi Poe-starrer, Lakambini, a biopic on Gregoria de Jesus.

2. A racially charged boycott vs. Star Wars VII is launched

The latest and final trailer to the highly anticipated Star Wars: The Force Awakens was released Tuesday, but not everyone was in a celebratory mood. The hashtag #BoycottStarWarsVII trended on Twitter, as some fans objected to John Boyega (a black actor) in the lead role. One of the bizarre tweets said the film was "anti-white propaganda that promoted white genocide." Another said the film "alienates it's core audience of young white males." Maybe they forgot that even the early Star Wars films had black characters, too?

3. A Gilmore Girls revival is in the works

Rejoice, Gilmore Girls fans! Reports say that the beloved TV show will have a revival on Netflix very soon. Many of the original characters are already in talks to return, including lead stars Lauren Graham and Alexis Bledel. Instead of 10 episodes, however, the show will likely have four episodes that are at 90 minutes each.

According to reports, tickets to AlDub's upcoming concert at the Philippine Concert Arena sold out in just three days. The October 24 concert will serve as a fans' day and a charity event where all proceeds will go to schools around the country as part of the "AlDub Library Project." The Arena seats 55,000 people and is one of the largest indoor arenas in the world.

Country musician Blake Shelton sued tabloid magazine In Touch Weekly over a story last September that cited his alleged excessive drinking habits as the cause of his divorce from Miranda Lambert. The tabloid also stated that the The Voice coach is heading to rehab and that he’s hit "rock bottom." The lawsuit seeks over U.S. $1 million in damages for the story, which Blake’s lawyers claim to be false.

6. An enpowering new ad of Barbie says girls can do anything

"What happens when girls are free to imagine they can be anything?" This is the question that the new Barbie ad answers. The short clip features three girls as a college professor, a soccer team coach, and a veterinarian—proudly doing their thing—before transitioning to a girl playing with Barbies. After being perceived in recent years as a brand that sets unrealistic standards for women, Barbie is now sending a more positive and empowering message for little girls.

7. Road reblocking on EDSA-Malibay to cause heavy traffic

Maynilad announced that it will start road reblocking and restoration on EDSA corner C. Jose Street in Malibay, Pasay City on Wednesday. Motorists are advised to anticipate heavy traffic as three of the five northbound lanes along the said road will be closed from October 21, 11 p.m. to October 22, 5 a.m. Remaining lanes will be closed starting Friday midnight for 24 hours. All lanes will be open by Monday, October 26.

8. Santiago says no to releasing her medical records

On October 20, Sen. Miriam Defensor Santiago rejected a request to reveal her medical records to prove that her health will permit her to become president. The open letter, written by Dr. Sylvia Claudio of the UP Center for Women's Studies, circulated on the Internet after Santiago filed her Certificate of Candidacy (COC) for president in the 2016 national elections last Friday. When asked if she would release her medical records, the Senator said, "No. Because that’s my right to privacy." She also said that if her health is being questioned, the same should be done for other candidates, along with their mental health and financial records.

9. 10 Body Wash Picks to Keep You Smelling Fresh All Day

There's something very personal and sacred about bath time, so it deserves to be treated like it's special. Pamper yourself with these 10 body wash picks that will keep you smelling fresh all day.

Your working environment—that includes the people you work with—plays a big part in your productivity in the office. Then again, when you're working with these 10 people, it might just end up being the opposite.