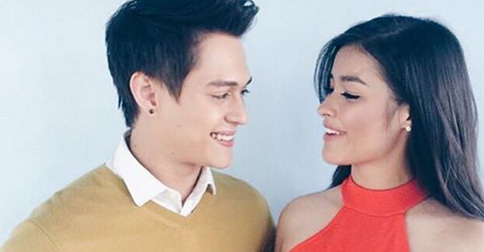 According to PEP.ph, Enrique Gil and Liza Soberano have confirmed their "exclusive" relationship. Although they aren't officially together yet, Enrique described it, saying, "Kahit hindi pa kami, basta exclusive. Alam mo 'yong bawal siya sa iba, bawal rin ako sa iba." Liza clarified that it didn't mean they couldn't hang out with other people, saying, "Parang may usapan lang kami na parang hihintayin niya po ako." Enrique, meanwhile, said that they were currently in the M.U. phase of their relationship.

A week after former NBA player Lamar Odom was found unconscious at a brothel in Las Vegas, his estranged wife, Khloe Kardashian, released her first official statement about Lamar on her website. She wrote, "You can never be prepared for an experience like this, but without the outpouring of love and endless prayers that Lamar has received and the strength I was given from my loved ones, it would have been difficult to endure. Thank you for your continued support. God is great!" Reports say that Odom has recuperated enough to return to Los Angeles to continue his kidney dialysis and begin physical therapy.

On October 18, R&B star Usher posted a video via Facebook showing U.S President Barack Obama and First Lady Michelle Obama serenading him with "Happy Birthday." Usher performed at the White House for an event commemorating the 50th anniversary of the National Endowment for the Humanities on October 14—which also happens to be Usher’s 37th birthday—when the video was taken.

Google Chrome has finally devised a way to silence those pesky ads that suddenly play on websites. The latest version of Chrome (version 26) now lets users mute individual tabs by right-clicking on the tab and selecting "mute tab" from the dropdown menu. This is especially nifty when you have a lot of tabs open.

According to scientists from Stanford University and the University of California, an ancient zircon crystal may prove that life appeared on Earth 4.1 billion years ago—that’s about 300 million years earlier than previously thought. The first appearance of humans on Earth is believed to be only around 200,000 years ago. Over 10,000 multi-billion year-old zircons, with one predicted to contain a carbon deposit that is 4.1 billion years old, were found by the group in Jack Hills, Australia.

The Bureau of Immigration (BI) has issued a deportation order against American soldier Joseph Scott Pemberton, the prime suspect in the murder of Jennifer Laude in October 2014. However, Harry Roque, the lawyer for the Laude family, said the order will only be enforced after Pemberton has served his sentence, if he's found guilty. Currently, Pemberton is detained at Camp Aguinaldo in Quezon City.

Typhoon Lando may have already weakened, but the number of reported fatalities has increased to 47—mostly caused by drowning—while thousands of people remain in evacuation centers. The typhoon has caused widespread flooding in different parts of the country, especially in northern areas. Reports say that Lando has already subsided into a tropical depression off Luzon's north coast, with winds of 55 kilometers per hour.

9. Visit If You Dare: 10 Creepiest Abandoned Places in Manila

If you're in the mood for a little ghost-hunting in the Metro, why not start with these less-explored places that may just scare the daylights out of you?

Pinoys love food on skewers—isaw, kwek-kwek, and betamax are some local favorites. Here are 10 restaurants that offer smoking good options for those who want yakitori, kebabs, or even the street food we’ve all grown to love.