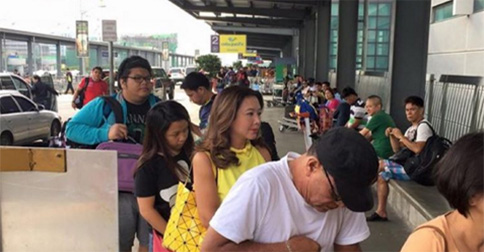 In an open letter on Twitter, Adele apologized to fans for the long wait for her upcoming album entitled 25 (her age at the time of recording). "25 is about getting to know who I've become without realizing," she wrote. "My last record was a break-up record and if I had to label this one, I would call it a make-up record. Making up for lost time. Making up for everything I ever did and never did." According to reports, BBC Radio 1 will be premiering her first single on October 30.

3. Daniel Radcliffe opens up on how Harry Potter affected his drinking problem

Daniel Radcliffe has openly spoken about his alcoholic past but a new interview with Playboy magazine revealed that his role as Harry Potter affected his drinking problem. "Anytime I’d go out to dance, camera phones would come out," he explained. "That would make me very self-conscious, and what’s the easiest way to escape being self-conscious? Alcohol is a quick way of doing that." He shared that he still sees plenty of camera phones during his down time, but added, "Getting recognized on the street teaches you that most people are polite and nice and just want a quick picture."

4. A documentary on Yolanda wins in Portugal film festival

Nash Ang’s documentary about typhoon Yolanda entitled Paraiso won the the Grand Prix at the 21st Cine Eco: International Festival of Environmental Cinema of Serra da Estrela, held in Portugal on October 20. Ang took home a cash prize of €2,000 (approximately P105,000). Organizers described the documentary as a form of "direct cinema," which "shows the lives of Filipinos, young and old alike" a month after the typhoon hit in 2013.

5. Sesame Street adds girl with autism to its cast

YouTube has unveiled an all-in-one, ad-free paid subscription service called YouTube Red. For U.S. $9.99 per month (U.S. $12.99 for iOS), you can peacefully stream videos—sans the ads—along with original content from its creators, and have access to its licensed music catalog. Red is set to be launched on October 28.

7. Only five of 130 presidential aspirants make the cut

Museums and Galleries Month is about to end, but the Metro’s abundance of creativity cannot be stalled. The country continues to produce promising young artists, and we are keeping an eye on them—and their art.

It's hard out here for Manila commuters. There's a long, long list of things they wouldn't want to hear but unfortunately, they hear them more often than they should.