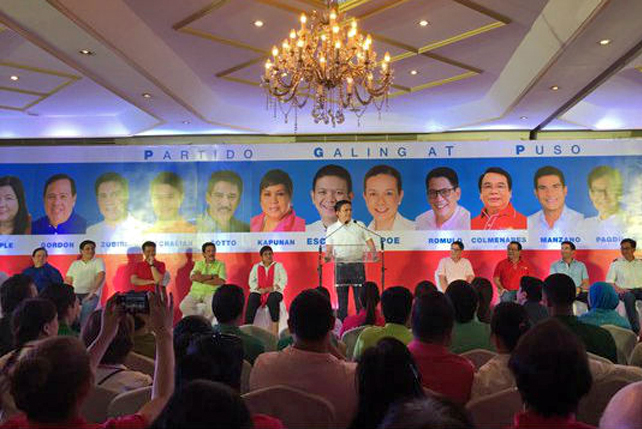 Poe said she studied their track records and personalities. 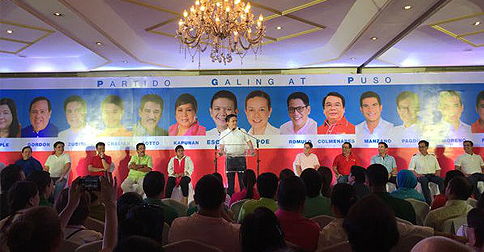 (SPOT.ph) Presidential aspirant Sen. Grace Poe, with her running mate, Sen. Chiz Escudero, formally announced their senatorial lineup called “Partido Galing at Puso” on October 29 at Club Filipino. Poe said these candidates will help them push for the reforms they plan to execute.

There are two Liberal Party (LP) members in the slate: Recto and Romulo. Recto is also part of the LP senatorial ticket, whose standard bearer is Mar Roxas, while Romulo is running exclusively under the Poe-Escudero team. Other shared candidates in the “Partido Galing at Puso” are Sotto, Gordon, Zubiri, and Ople, who are all also part of VP Jejomar Binay’s party list, United Nationalist Alliance’s (UNA) ticket. Lastly, Moreno has been adopted by vice presidential bet Ferdinand “Bongbong” Marcos Jr.

2016 Elections 2016 Elections Ph Eleksyon2016 Halalan2016 News Partido Galing At Puso Poe Escudero Senatorial Slate
Your Guide to Thriving in This Strange New World
Staying
In? What to watch, what to eat, and where to shop from home
OR
Heading
Out? What you need to know to stay safe when heading out