Santiago, Duterte, Pacquiao, and other public officials speak out about the "Laglag Bala" scheme
Loading
Already a member? Log in
No account yet? Create Account
Spot.ph is your one-stop urban lifestyle guide to the best of Manila. 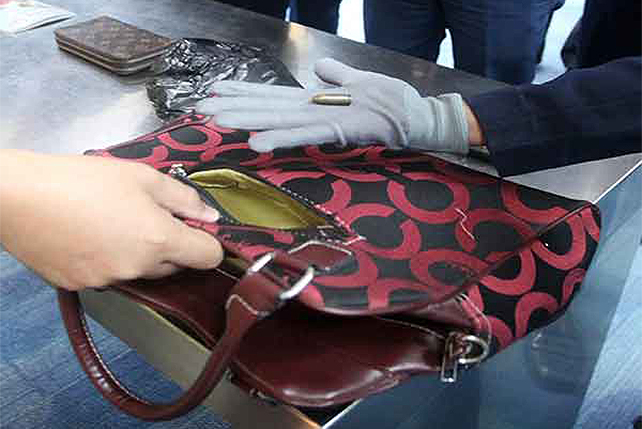 Santiago, Duterte, Pacquiao, and other public officials speak out about the "Laglag Bala" scheme

From proposed measures to chilling threats. 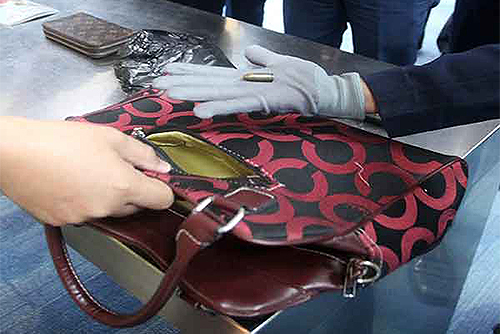 (SPOT.ph) Politicians voiced their proposed measures for the "Laglag Bala" modus, in which security personnel at the Ninoy Aquino International Airport (NAIA) allegedly plant bullets in passengers’ bags upon inspection in the X-ray machine. The latest incident in the said scheme, reported on Inquirer.net, involved a 65-year-old woman flying to Singapore  on November 1, who denied owning the 9-mm bullet found inside her sealed and locked shoulder bag. Numerous reported occurences not only caused tension among local and foreign flyers going through the NAIA; public officials have also expressed their sentiments on the subject.

Sen. Miriam Defensor-Santiago released a statement on October 30 saying, “The reports highlight how corruption defeats the purpose of law enforcement. Second, they raise a legitimate question on the implementation of the law on the illegal possession of ammunition. Finally, they underline inaction on the part of government…The perpetrators of the alleged scam are brazen, perhaps because they know they will not be punished. We must prove them wrong.”

Sen. Chiz Escudero said on the same day that officials and personnel of the NAIA should stop “assassinating” Filipinos. “Planting bullets in the baggage of Filipinos and tourists passing through the NAIA is a great disservice to the memories of the late senator Benigno “Ninoy” Aquino Jr. who died from bullets fired by dishonorable men,” said the vice presidential aspirant. “The government must seriously act now to stop these figurative assassinations of Filipinos and tourists. We must hold accountable to the fullest extent of the law these dishonorable airport officials and personnel,” he added.

On October 31, Presidential spokesman Edwin Lacierda said over State-run Radyo ng Bayan: “It is saddening that this is happening.” He said that P-Noy has already instructed Transportation Secretary Jun Abaya to look into the problem. “This issue of planting of bullets will be properly investigated so that we can fix what is happening there,” he added. “So we’re looking at the process. We’re looking at how that happened. We’re looking at the personnel involved. We want to assure the public that... We want to take away that fear from them. We will ensure the safety of each and every passenger who uses our terminals,” he said.

On his Sunday TV show Gikan sa Masa, Para sa Masa, Davao City Mayor Rodrigo Duterte said, “I have no ambition for it but if I were president, I would force you to swallow bullets. I do not care if you will die. If it will get stuck in your anus, then I will have you undergo medical operation to enlarge its opening.” The Mayor said that he believes syndicates are behind the scheme. “If you are in Davao I will kill you all. If I were president, you will all be exterminated. I will order your execution within 48 hours. I will order the clean policemen and soldiers to do it. If not, I will ask the New People’s Army. Where is the SPARU (Special Partisan Unit)? Let us use that,” he said.

Edwin Lacierda Alan Peter Cayetanao Manny Pacquaio
Your Guide to Thriving in This Strange New World
Staying
In? What to watch, what to eat, and where to shop from home
OR
Heading
Out? What you need to know to stay safe when heading out