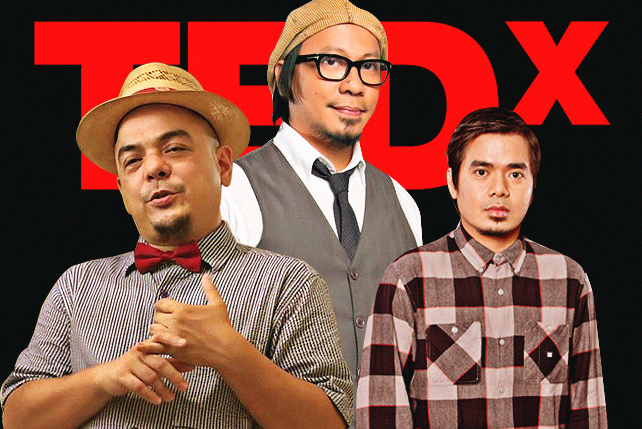 10 Most Inspiring TEDx Talks by Pinoys

Trust us, these talks are worth watching. 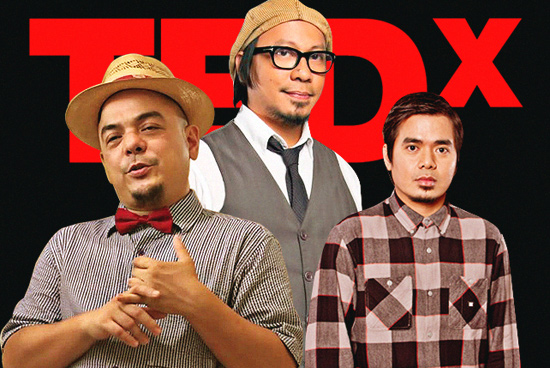 (SPOT.ph) TEDx Talks are independently organized events under TED that bring people together to highlight local ideas on a global stage. Influential people and insightful minds deliver their talks in less than 20 minutes, challenging compelling realities and ideologies in the process. From turning your hugot to success, to the power of passion and preparation, we rounded up 10 TEDx Talks by Filipinos that will inspire you. Ready to take notes?

Film director and writer Antoinette Jadaone discusses her answer to the question she is so frequently asked: “Sa’n n'yo po kinukuha ‘yong hugot n’yo?” She says, like every one of us, “Nagmahal ako saka nasaktan.” You'll get some great advice for turning heartache into creative output.

Prim breaks the ice as soon as he introduces himself as “Primitive Phone,” a nickname that came from his birth name, Primitivo Paypon. Prim tells the story of how he quit his job to travel across different Philippine provinces, and founded The Dream Project PH. He discovered that eight out of 10 Filipinos don’t have dreams and aspirations. He aims to change this by shaping the dreams of the Pinoy youth through education.

Michi Ferreol is now a graduate of Harvard Universty—although she was still a student at this talk. She raises the issue of how "Brain Drain" is a real problem that Filipinos are facing, and how she wants to change the thinking that once you go abroad, it is “sayang” to go back to the Philippines. A self-confessed idealist, she says she believes that the Philippines can still overcome its present issues, if only more Filipinos would devote their talents to the country.

Five Truths To Live By by Julia Chu

Julia Chu shares her journey from her dreams of becoming the Chief Justice of the Philippines, to traveling the world instead of going to law school. She says the measure of success for most Filipinos is completing a cycle of studying hard, getting a good job, raising a family, and maybe traveling when you get old. For Julia, she chose “the path less traveled,” packed her bags and traveled all seven continents and found out that everybody had a different “life pattern,” and each one of us can make our own.

How being average can create creative breakthroughs by Gabe Mercado

Improvisational actor Gabe Mercado ponders how society has pushed people to try hard to be outstanding at everything, and not being perfect is deemed a failure. He challenges that perception and encourages people to embrace “being average,” so they can maximize their own potential.

Aristotle Pollisco or Gloc-9 focuses on the things he learned from being in the OPM industry—from when he would wait for his idol, Francis Magalona, for four hours in a mall show, to being told “Hanggang d’yan ka na lang,” and how that never stopped him from making his dreams happen.

On grit and passion by Jonathan Yabut

Jonathan Yabut is the first winner of The Apprentice Asia. In his talk, he emphasizes the power of preparation and diskarte. He reveals what he learned, like focusing on his marketing strengths. “It’s not about working hard, but working smart,” he says.

How Lupang Hinirang ought to be sung by Joey Ayala

“I tampered with the national anthem,” Joey Ayala confesses at the beginning of his talk-slash-performance. He mentions how Pinoys are very “non-confrontational.” He also points out the need to correct the mispronunciations in our national anthem, Lupang Hinirang. As a songwriter, he feels tasked to present his own version with clearer breaks. He suggests an alternative ending that's less, uhm, suicidal—like “Ang magpayaman nang dahil sa’yo.” After listening to his proposed version, you’ll never want to sing the Lupang Hinirang the same way again.

“Ano nga ba'ng ibig sabihin ng art?” and "How does art change society?" Lourd de Veyra presents an engaging and funny talk about answering those questions, even if no song or painting has stopped war and poverty. He compares different works of art and asks which ones should be considered “ahrt.” He also questions how music went from the golden age of The Beatles to "the dark era of Rebecca Black."

Ted Talks Tedx Talks Tedx Talks Manila Tedx Talks Philippines Antoinette Jadaone Carlos Celdran Gabe Mercado Gloc 9 Inspiring Filipinos Joey Ayala Jonathan Yabut Julia Chu Lourd De Veyra Michi Ferreol
Your Guide to Thriving in This Strange New World
Staying
In? What to watch, what to eat, and where to shop from home
OR
Heading
Out? What you need to know to stay safe when heading out