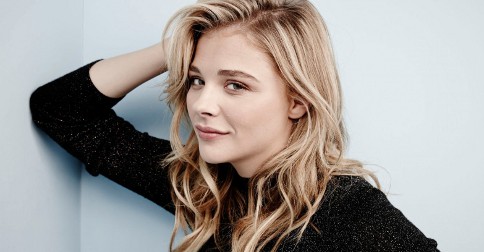 1. Chloe Moretz is the next Little Mermaid

Chloe Moretz is set to play the title character in the new live-action adaptation of The Little Mermaid, with Love Actually writer Richard Curtis penning the script. No further details have been disclosed, but we do know that Bevan and Eric Fellner of Working Title will produce the film, while Liza Chasin and Amelia Granger will executive produce. We have yet to find out whether it will remain true to the original story by Hans Christian Andersen or the popular Disney animated film. We've got our fingers crossed for a dreamy Prince Eric!

According to a report by ABS-CBN, veteran actress Amalia Fuentes suffered an ischemic stroke a month ago while on vacation in South Korea. She was discovered in her hotel room and was immediately rushed to the hospital. She returned to the Philippines on October 27 after she received the go-signal from her doctors. She will be undergoing recovery and extensive therapy from home.

3. Erik Matti denies Angel Locsin has a replacement for Darna

Despite earlier reports that quoted Angel Locsin saying ABS-CBN has found their new Darna, the film's director, Erik Matti, said that as far as he knows, there has been no replacement. In an interview with PEP.ph, the director said they are still adjusting to the news, adding, "Ang hirap na biglang nawala si Angel at ang hirap na bigla na lang nag-isip na ganoon lang. Then ang tagal naming magkasama ni Angel sa project na 'yan." He assured fans, however, that they are already in talks with ABS-CBN and Star Cinema, and that the film is scheduled for release in 2016.

4. The love story of these two childhood sweethearts is the sweetest thing you'll read today

Who says young love isn't real? An American couple, Amy Giberson and Justin Pounders, just discovered that they were sweethearts in pre-school. They were together for a year before learning that they were once close playmates when they were three years old. They eventually grew up and went to different schools. "Justin's mom found a photo of the two of us together and I just started crying," said Amy. "I was the Amy he had liked all those years ago! It was definitely meant to be."

5. “Gangnam Style” may soon have a statue in South Korea

Psy’s "Gangnam Style" is set to be immortalized through a statue in South Korea. Let’s not forget, the video—which currently has over 2.4 billion views—broke YouTube because the site wasn’t programmed to record over one billion views at the time. The Gangnam district of South Korea has announced a proposal to build a 17- by 27-foot bronze statue showing the signature crossed hands from the popular dance craze. It will be located in front of the COEX Center, where part of the video was filmed.

7. Chinese president to attend APEC meeting in the Philippines

According to a statement from the Ministry of Foreign Affairs (MFA) of China, Chinese President Xi Jinping will visit the Philippines to attend the Asia-Pacific Economic Cooperation (APEC) summit from November 17 to 19. The tension caused by the West Philippine Sea dispute between the Philippines and China led to speculation that China would not participate in the upcoming APEC summit to be held in Manila. Xi earlier said that he supports the peaceful resolution of disputes over the West Philippine Sea.

On November 9, Transportation Sec. Joseph Emilio Abaya promised that commuters will have a better experience in riding the Metro Rail Transit (MRT) 3 come first quarter of 2016. Senate President Pro Tempore Ralph Recto repeatedly asked Abaya to declare and commit to a specific timeline during the hearing of the senate subcommittee on public services. Abaya promised to deliver by 2016 and added, "In fact, right now, we are rolling out the automatic fare collection system, the beep cards."

9. 10 Most Inspiring TEDx Talks by Pinoys

If you haven’t seen any TEDx Talks, you’re missing out. Don't worry—we’ve lined up 10 of the most inspiring. Listen to insightful Pinoys talk about travel, music, career, and more.

Have you ever wondered where the name for Goldilocks Bakeshop came from? You won't believe the interesting stories behind the names of some familiar Pinoy brands today.