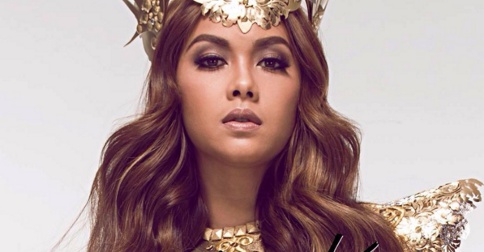 Heneral Luna starts Oscars campaign, Obama on the cover of an LGBT magazine, and more.

John Arcilla is currently in the U.S. to promote Heneral Luna, the Philippines' entry to the Foreign Language films category at the Academy Awards. According to reports, the movie, which is currently showing in U.S. theaters, is doing well at the box office. "I'm really wishing that we can create a really huge noise so that they will get interested [sic]—not only the Filipinos, but also the American communities—so that the voters of the Oscars will get interested [sic] to watch our film because we have 60,000 voters all over the U.S. and we really have to get their attention," Arcilla said.

On November 10, Guinness World Records awarded the latest James Bond film, Spectre, with the largest stunt explosion in a film. The 7.5-second blast that took place in Morocco had a total yield of 68.47 tons of TNT equivalent, from 8,418 liters of kerosene with 33 kilograms of powder explosives. As posted on the Guinness World Records’ website, the official title holder belongs to the creator of the explosive scene, Spectre Special Effects and Miniature Effects Supervisor Chris Corbould.

French actor Elie Haddad, a new cast member of Game of Thrones, took to Instagram to post a photo of his coffee—and a page of the Season 6 script. He quickly deleted the photo, but screencaps of the post quickly circulated the Internet. Thankfully, the scene wasn't too important; it involves Daenerys Targaryen (played Emilia Clarke) being described by two characters in a lewd manner.

5. Study releases list of 10 most generous nations in the world

Gallup and Charities Aid Foundation has released a study that lists the 10 most generous nations in the world in terms of volunteering, helping strangers, and donating money, which are combined to give it a global ranking. Myanmar has topped the list for the third time in a row, with 92% of people donating money in 2014. Though donations are small in amount, many give daily. It's followed by the U.S. and New Zealand in second and third place, respectively.

6. Obama is the first sitting president on the cover of an LGBT publication

President Barack Obama is on the cover of OUT magazine's latest issue as "Ally of the Year." In an interview with the magazine, he said that his mother's teachings of "every person was of equal worth" inspired his efforts for the LGBT community. In 2012, the President openly announced his support for same-sex marriage, which was eventually legalized this year. He also signed a bill to repeal the military's "don't ask, don't tell" policy and appointed LGBT individuals in high-ranking positions.

Get ready for heavier traffic than usual—yes, worse than it already is. Starting November 14, the government will start simulating security measures for the Asia Pacific Economic Cooperation (APEC) Summit. According to Philippine National Police (PNP) chief Ricardo Marquez, some roads will be closed and traffic will be rerouted starting 2 a.m. Plan your trips ahead and keep tabs on road closures and traffic schemes.

9. 10 Must-See Works of Art Around Manila

Just when you thought traffic couldn’t get any worse, here comes the holiday season. The hustle and bustle of Manila can be stressful, we know. But there are spots around the city that radiate good vibes through creativity. Here are 10 works of art around Manila that will instantly lift your spirits.

10. 10 Charitable Celebrities and the Causes They Support

Whether it's voicing their support for a non-profit organization, or even going out of their way to lend a helping hand, these 10 celebrities put their fame to good use.