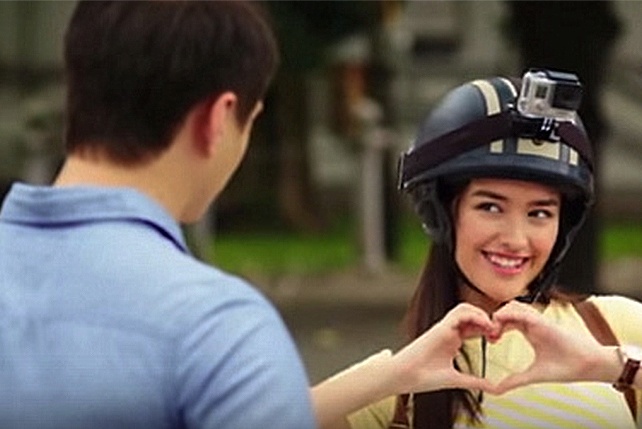 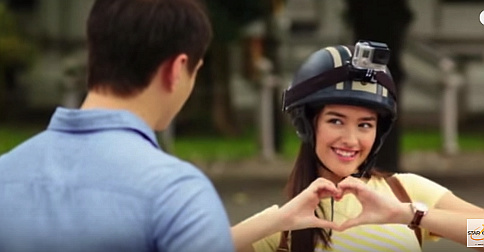 It's going to be an exciting December for fans of Liza Soberano and Enrique Gil. The two are slated to start filming for their second TV series next month, but they both declined to give any further details. In an interview with DZMM, Enrique hinted, "Mas malayo na sa La Presa [the location of Forevermore] ang pupuntahan namin. Alam ko may out of the country and maraming out of town kasi parang road trip ang gagawin. Masaya siya.” He also said the show will be "light" with a bit of drama.

On the Wings of Love star Albie Casino has denied the claims of his ex-girlfriend, Andi Eigenmann, that he was using their paternity issue in order to make headlines during interviews. (Her earlier statement quoted her saying, "I don't know why he always keeps talking [sic] about an issue he's not part of.") "Never naman akong nagpa-interview tungkol doon," he said. "Lagi lang naman akong tahimik, so I don’t know what she’s saying na ginagamit ko 'yon." He also said that he always knew he wasn't the father of her daughter, despite rumors that said otherwise.

National Artist Benedicto “BenCab” Cabrera met with fellow artist Yoko Ono—who’s also a musician and the widow of The Beatles’ John Lennon—at a book launch in Japan on November 10. BenCab was a guest of Filipino historian Ambeth Ocampo’s History and Heritage of the Kudan: The Official Residence of the Philippine Ambassador to Japan book launch. The Philippine ambassador’s residence in Chiyoda Ward, Tokyo where the launch took place, once belonged to the family of Ono. “We spoke about her exhibition and performance at the Exploding Galaxy, the art center in London where David Medalla also exhibited,” said Cabrera. He also shared that Ono expressed her admiration for his work “Flight” and hoped for good relations between Japan and the Philippines.

Former UFC bantamweight champion Ronda Rousey has finally spoken about her shocking second-round knockout loss to defender Holly Holm on November 15. She reassured her fans via Instagram, “I just wanted to thank everyone for the love and support. I appreceiate the concerns about my health, but I’m fine. I had mentioned before, I’m going to take a little bit of time, but I’ll be back.” Holm took Rousey's title when she landed a head-kick on Rousey’s neck, knocking her out. Rousey, with her split lip, skipped out on her post-fight interview and press conference to get checked out by medical personnel before being transported to the hospital. Both UFC President Dana White and new champion Holm welcomed a possible rematch.

5. Facebook criticized over lack of "safety check" feature in Beirut

The social networking site has come under fire for implementing the "safety check" feature for the Paris attacks but not for the bomb blast that killed 43 people in Beirut. Plenty of people said that Facebook's actions "prioritized" the lives of Western victims over those in the Middle East, and noticed that the site introduced a feature to overlay the French flag over profile photos but not for Lebanon.

Facebook founder and CEO Mark Zuckerberg released a statement thanking users for their concern and said, "You are right that there are many other important conflicts in the world. We care about all people equally, and we will work hard to help people suffering in as many of these situations as we can."

6. "No work, no pay" scheme will be in effect during APEC week

You only get paid if you go to work during Asia-Pacific Economic Cooperation (APEC) summit week. On November 15, Labor Sec. Rosalinda Baldoz reminded employers in Metro Manila to follow the “no work, no pay” scheme during the two-day special non-working holiday on Nov. 18 and 19. However, for those who plan to go to work during those days, an additional 30 percent of their holiday pay rate will apply if they work over eight hours. “If the employee works on a special day that also falls on his rest day, he shall be paid an additional 50 percent of the daily rate for the first eight hours of work,” said Baldoz.

7. The public is asked to avoid hotels and restaurants that will be used by APEC delegates

The organzing committee of the APEC Summit has advised the public to avoid checking into hotels and eating at restaurants that will be used by APEC leaders and delegates this week. "If a leader checks in at a hotel, the entire hotel is booked for that leader alone because he has an entourage. We were able to fit delegates into 14 hotels," said Marciano Paynor, the Director General of the APEC National Organizing Committee. Paynor said that most restaurants and establishments along Roxas Boulevard may be open, but will most likely cater to APEC attendees. SM Mall of Asia in Pasay City will also be affected by the event, but no details have been disclosed yet; while other malls in Metro Manila will still be open.

8. Due to Paris attacks, Mexican diplomat cancels trip to the Philippines for APEC meet

Paris-based Organization for Economic Cooperation and Development (OECD) Sec. General José Ángel Gurría will not participate in the APEC meetings hosted by the Philippines due to the recent terrorist attack in Paris that shook the whole world. The Mexican diplomat and economist was supposed to be a panelist at an APEC Summit session on November 17. “Due to the situation in Paris, our Sec. General has decided to cancel his mission to Apec,” a Tokyo-based OECD media and public affairs officer told the Inquirer in an e-mail on November 15.

Buffets used to be reserved for celebrations and special occasions because, well, they weren't exactly cheap. Those days are gone—so we listed 10 buffets in Manila that won't break the bank!

Social media has opened up loads of opportunities for sharing the best (and most awkward) moments in our lives. Whether you've experienced the embarrassment firsthand or felt it vicariously through a friend, we're betting you can relate to these 10 awkward moments in social media.