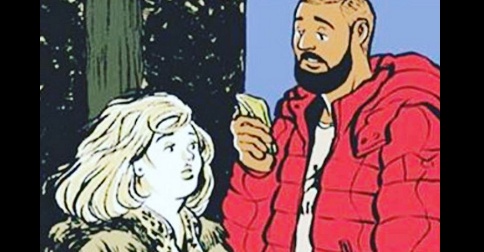 1. Drake is open to working with Adele

Your two favorite musicians are open to making beautiful music together! Just days after Adele openly declared her love for Drake, the rapper told reporters that he would love to "do anything" with the British singer, saying, "I'd literally go to Adele’s house right now and do laundry for her." He even posted about it on his Instagram page! By the way, she just announced she will be going on her first tour since 2011, but don't get your hopes up for a Manila stopover just yet.

2. Iya Villania and Drew Arellano plan to have a baby in 2016

It looks like there will be a new celebrity baby next year! Iya Villania said in a press conference that she and husband Drew Arellano are already planning to have a child in 2016. She revealed that she has been preparing for motherhood by being health-conscious and diligent in exercising, and drinking supplements that are healthy for conceiving. The actress and host said not having a child in their first year as a married couple gave them time to enjoy and get to know each other better.

On November 25, Paul Walker’s father filed a lawsuit against Porsche for negligence and wrongful death. He claims that the Porsche Carrera GT lacked certain safety features that could have saved his son’s life. According to Walker’s father, the missing features include the stability control system, side-door reinforcements, and a breakaway fuel line that could have prevented the car from catching fire after it hit the trees. Walker's daughter and heir, Meadow Walker, filed a similar lawsuit against Porsche last September.

4. Ian McKellen says he's had it with Gandalf

Looks like Ian McKellen won’t be playing Gandalf in The Lord of the Rings anymore. In an episode of Larry King Now, McKellen did not hesitate to say that he is closing his doors to playing Gandalf the Grey after six films. “I think I’ve had it with Gandalf. Though I love going to New Zealand where they film it all, and they were great times. But I had about 15 years of it,” he said. The Hobbit: The Battle of Five Armies, is McKellen’s final performance as Gandalf.

Twenty-two-year-old Jessy Mendiola announced on her Instagram account Thursday that she is officially Tanduay's Calendar Girl for 2016. The actress, who currently stars in the new CharDawn telenovela, You're My Home, is also rumored to be the next Darna. Previous Calendar Girls include Jennylyn Mercado, Marian Rivera, and Heart Evangelista.

You can always count on Japan to come up with the most ingenious things. Their latest product? McDonald's nuggets by the bucket! The fast food franchise has recently launched a limited-edition, 48-piece bucket to sate your (and your friends') McNugget cravings. The new product is a tie-in with local all-girl pop group, NGT48.

In a report by ANC, digital forensic analyst Drexx Lagui said that ATM skimming methods have become more sophisticated with the use of 3D printing. He also said most skimming incidents occur in malls where there are plenty of shoppers who need cash, and that recent incidents have involved foreigners.

8. Duterte says if he wins, drug traffickers should just commit suicide or leave the country

Davao City Mayor Rodrigo Duterte has filed his Certificate of Candidacy (COC) for president. He told reporters on November 26 that if he becomes president, drug traffickers should leave the Philippines or commit suicide instead of facing him. He advised that more funeral parlors be put up, “because I am against illegal drugs…I might kill someone because of it,” he said. The Mayor remains consistent with his priority, should he be elected as president: “to stop criminality and corruption in the government.” He reiterated that Sen. Alan Peter Cayetano would be his running mate if he becomes an eligible presidential candidate.

We hope that recent events were eye-opening for the electorate. Undeniably, a lot of showbiz personalities gravitate towards public service. And it’s only right for us to scrutinize these people as much as anyone else who asks for our votes. Here are 10 quotes to look back on from stars who entered politics.

10. 10 Candy-Inspired Beauty Products to Sweeten Up Your Look

Who says sugar-laden treats should only be for kids! StyleBible.ph rounds up 10 candy-inspired beauty products that'll make you look extra sweet!