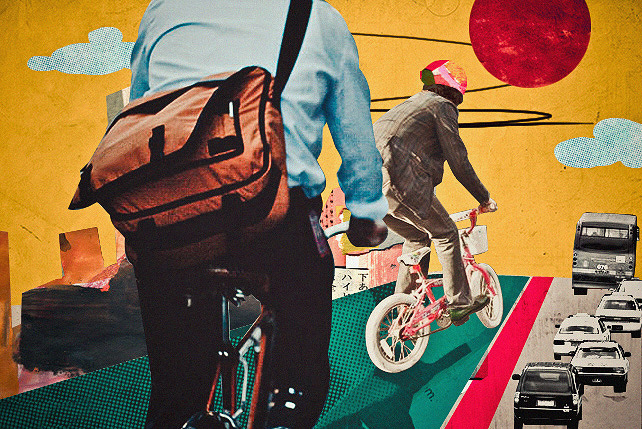 Cycling in the City

Using a bicycle is good for the health, good for the environment, and good for traffic...but a bad idea in Manila. Clinton Palanca explains why. 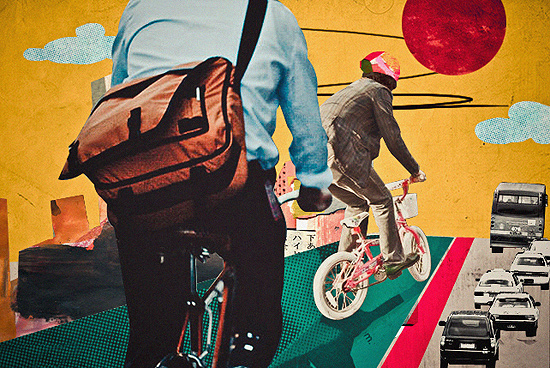 (SPOT.ph) The dirty secret about Manila traffic is that everyone actually knows what causes traffic, but we don’t want to do anything about it. We want someone else to do something about it. It would be great if some other people, someone other than ourselves, would get their cars off the road and take the MRT, the bus, or the pie-in-the-sky subway or Bus Rapid Transit solutions. I mean, if others would just be considerate enough to stop clogging up the roads with their cars, then we would be able to breeze from origin to destination in air-conditioned comfort, wouldn't we now? Our essential journey is someone else’s traffic, after all, but it’s hard to see it that way; and draconian solutions are good as long as they don’t impinge on our commute.

This is why I greatly applaud the people who could take a car but don’t. Walking is an elegant solution for short jaunts, and I do it every day. It’s even more of an option now that the weather is cooler, but in the summer I simply use an umbrella, manang-style. The man-brella is, after all, the latest word in machismo fashion trends. (And yes, I just made that up.) My walks are fairly short ones, but I know that many people walk more than a few kilometers to work, dodging cars and hanging wires (which you really hope are telephone wires and not the other thing) which for me are truly amazing feats.

Another trend that is truly amazing is the cult of cycling to get around town. While I applaud the spirit behind this, I think that it is foolish and absurdly dangerous to try it in Manila. And yes, I do understand that it’s a chicken-and-egg situation, and that the more cyclists there are the more likely it is that the city will provide bicycle lanes and laws to protect cyclists; but that is to presume that the officials who run the city are logical, which they are not. Bicylists endanger not just themselves but the surrounding traffic, and until everyone knows how to behave around cyclists they should not be on main thoroughfares.

Before the cycling activists pick up their pitchforks, allow me a brief explanation. Like most people of my generation, I learned to cycle as a child, both on flat streets near my house in Quezon City and not-so-flat streets in Baguio. I picked up cycling again when I was studying at Oxford, which is a wonderful city for cyclists; the density of cyclists is equalled only by cities in Vietnam, for the most part the city is flat, and the speed limit on most roads is 20 mph. The most dangerous part of cycling is the danger of getting into fistfights over parking space at the bike-racks.

I carried over my bicycle, as well as my love for cycling, when my wife and I moved to London. That city is great for walking, and pedestrians have priority over cars. Cyclists are forced to share a lane with the huge iconic London buses, which makes a bit of sense, and, motorcycles, which doesn’t. Still, it’s a better way to see the city than sitting in a carriage on the underground trains. I eventually gave up my bicycle not because I got a car but because bits of my bicycle kept getting stolen, such as the entire front wheel, on one occasion.

In Manila bicycles move alongside the motorcycles, and this is where the trouble begins. Again, I’ve owned both a scooter and a motorcycle in Manila, and every moment is a constant high-tension, high-stakes war with cars, trucks, and buses. Motorcycles are quicker to start and more nimble, and in theory are able to move past a congested street on the right-hand side, where they’re supposed to be. Unfortunately, most cars don’t leave enough of a gap between themselves and the pavement, so motorcyclists will weave their way through traffic, dodging side mirrors and scraping automotive paint in an attempt to get to the head of the line. Often, though not always, the bicyclists will follow their example. As they say, whether the stone hits the pitcher or the pitcher hits the stone, it’s bound to be bad for the pitcher.

But a motorcycle has high torque and can jump ahead when the light goes green and then swerve to the side of the road when the cars catch up with them, which bicyclists can’t do: they’re often left stranded in the middle of a flow of fast-moving traffic. More importantly, cars don’t distinguish between motorcycles and bicycles, and behave towards them with the same aggression. The cyclists don’t help their case by making left turns in front of moving traffic from the right lane, or getting inside the curve of a long vehicle, such as a forty-foot container truck, making a right turn.

In order for cycling to become feasible in Manila, three things should happen. First, the temperature should drop about 10 degrees. Second, there should be some semblance of bike lanes: and I'm not even talking about dedicated lines separated by a barrier, as they have in Amsterdam, but even just a painted lane that's illegal for cars to occupy. And third, both cyclists on one hand and drivers of all motor vehicles, from truck to kuliglig, on the other, have to receive a basic education as to where cylists belong and how to treat them, beginning with how much room to give them in case they have to swerve to keep balance. At the moment, I think the first is likely to happen before the second and third are even considered seriously.

If anyone you care about rides a bicycle on main roads, try your best to talk them down from the ledge. It’s exhilarating, good for the health, good for the environment, good for traffic, and an accident waiting to happen. It could be a crushed leg, as has happened to a friend; or it could be instant, gory, pointless death. We all wish our city could be a better place to cycle, but behaving as though it were so when it isn’t is delusional and dangerous.