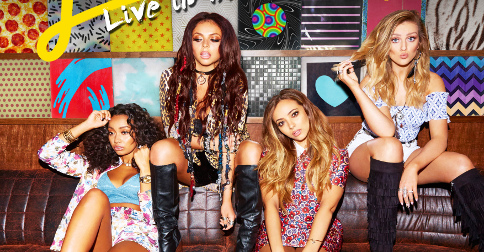 2. Sharon Cuneta does not mind if KC Concepcion and Piolo Pascual give love a second chance

Megastar Sharon Cuneta wouldn’t mind if her daughter KC Concepcion and Piolo Pascual decided to have a second chance at love. She told ABS-CBN News Online that KC is old enough to make her own decisions, which she will support 100%. After past misunderstandings, Sharon and Piolo patched things up in October. She even said that KC and Piolo should have a project together. “They should work together again because Piolo is such a great actor. In fact, I’d like to work with Piolo. I want to work with the new generation of actors and actresses and also people that I’ve worked with before,” she said.

Ed Sheeran announced on his Instagram account that he is taking a break from social media because he finds himself "seeing the world through a screen and not [his] eyes." He said that during his break, he plans to travel the world and "see everything [he] missed." He also assured fans that his third album is on the way and that it will be his best one yet.

4. Jennifer Lawrence thinks it's "too soon" for Hunger Games prequels

Lionsgate has announced that it is considering the possibility of doing Hunger Games prequels, with vice-chairman Michael Burns explaining, "The one thing that kids say they missed [from the Mockingjay films] was there were no arenas." The series' star, Jennifer Lawrence, begs to differ. In an interview with Variety, she said that she has no plans on being involved and added, "I think it’s too soon. They’ve got to let the body get cold, in my opinion."

It looks like people are eager to have Drake’s touch on their lips. Tom Ford’s newest lipstick line inspired by “Hotline Bling” rapper Drake sold out in a matter of minutes after it was officially released in the U.S. The "Drake 60" shade is a part of the Lips & Boys collection, which holds 50 miniature lippies “inspired by notable men in the designer's life” and has a shimmery, deep red plum hue.

Three-hundred-and-twenty Christmas enthusiasts flocked Sydney's Bondi Beach to learn how to surf in Santa Claus costumes, which set a new Guinness World Record for "the world's biggest surf lesson." The whole getup is complete with the beard, hat, and red-and-white ensemble. While the participants are spreading Christmas cheer, they are also raising money for One Wave, a non-profit surfing community that raises awareness for mental health issues. Looks like these Santas are under the “Nice” list.

7. University of Pennsylvania confirms Mar Roxas as one of its alumni

GMA News has contacted the Wharton School of the University of Pennsylvania to confirm that presidential candidate Mar Roxas graduated from the university in 1979. He did, but the confusion over whether Roxas is actually an alumnus may have stemmed from the vague nature of his CV, which states that he graduated from the Wharton School of Economics at the University of Pennsylvania in 1979, but doesn't specify that it was for an undergraduate degree. This statement comes after Rodrigo Duterte called Roxas' Wharton degree a "myth," to which Roxas replied, "Kung hindi totoo ang Wharton degree ko, sampalin mo ako. Hindi ako iiwas o iilag. Pero kung totoo 'yong Wharton degree ko, sasampalin kita." Let the slapping begin?

“Love, love, love na lang dahil panahon ng pagkakaisa.” Words of wisdom from Sen. Nancy Binay on December 15, directed at the candidates for the 2016 national elections. The daughter of UNA presidential candidate VP Jejomar Binay said that this is not the right time to bash each other, or even get personal. Referring to the “Sampal Wars” between Mar Roxas and Davao City Mayor Rodrigo Duterte, she said, “Dapat move forward na lang siguro. In a few days, Christmas na eh. ‘Pag Pasko, it’s a time to give love so sana magkaayos silang dalawa na walang nagaganap na sampalan.”

9. 10 Songs for Your Almost-Boyfriend...or Girlfriend

When you can't find the right words to say how you feel, let it out through music. Whether you're nursing a broken heart over an almost-relationship or you're just wondering what could have been, these 10 songs will do the trick.

10. 10 Beauty Products for the Commuter

The struggle of commuting in Manila is real. Sometimes you ask yourself why you even bother to get dolled up when all your makeup will probably be ruined by the time you get to your location. We hear you. Here are 10 handy beauty products you can count on so you don’t look like you just came from the battlefield.