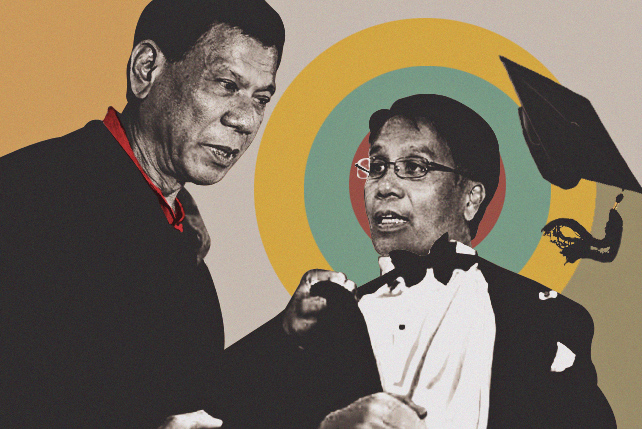 What's the big deal about Roxas and his Wharton degree, anyway? Clinton Palanca takes a look. 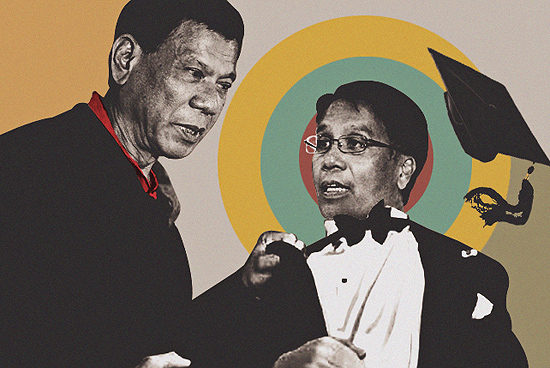 (SPOT.ph) Ever since the first universities were established at Bologna and Paris, there has been no shortage of impostors who claimed education that they did not have. Ever since people campaigned for power, there have always been aspirants who exaggerated their claims, be it a successful hunt, physical prowess, or military victories from which only they lived to tell the tale.

It was not that Ferdinand Marcos, Jr. did not complete his course of study at the University of Oxford; it was the audacity of the lie, and how closely it paralleled his late father’s fake military medals. Even in the day when facts were checked by typewritten letters and telephone calls it would have been easy to verify something as clear-cut as finishing a degree; but in the age of the Internet it took no time at all to expose the empty boast.

This time it was presidential candidate Rodrigo Duterte’s turn to call out Mar Roxas’s Wharton degree. The thrust and counter-thrust of the exchange were neither savvy nor suspenseful; in fact the whole thing played out with tiresome predictability. Duterte attacked with typical braggadocio, with silly threats of physical violence; the Roxas camp triumphantly proved their candidate’s qualifications, also with taunts of physical violence. As of press time they have threatened to slap each other, punch each other, and have some sort of pistols-at-dawn gun battle.

All of this is more tiresome than anything. Any attempt to obfuscate Roxas’ academic records are either an elaborate sideshow or an inability to understand the basic procedures and terminology of higher education. Roxas’ credentials are not in doubt, and have never been. There is as much doubt about them as there is about his being from the wealthy Araneta family or about his successful career as an investment banker. These attributes, in fact, are what have been most troublesome about him as a presidential aspirant. He was wildly successful at the Manila Polo Club, where he handily won a round against Grace Poe during a “Meet the Candidates” session, speaking extemporaneously and fielding complex questions abut the economy. But to the public he is a bit of a buffoon, unenthusiastically trudging in his father’s footsteps, spouting ivory tower ideas that sound like he’s planning to keep his friends in the elite business clubs in power.

It’s not only Marcos who is pretending to be someone he is not. Roxas is pretending, very unsuccessfully, to be a populist; or at least he is flouncing about with the trappings of one. He is not the only person who has made a misguided attempt to ride a motorbike down a muddy road, but he was unfortunate enough to have a full press corps there to capture the ignominious fall. He has spent the past weeks watching Duterte’s rise and trying to emulate the latter’s tactics and bluster; not only is he embarrassing himself by playing in the opponent’s court, badly, but he runs the risk of alienating his own base, who are hoping to get a gentleman with presidential gravitas rather than a jingoistic gun-toting braggart.

Although the popular wisdom is that Roxas has the support of the middle classes while the lower classes gravitate to a potential strongman like Duterte, there are actually fissures that cut across class lines. The foul-mouthed mayor of Davao City has a surprising number of supporters among the upper classes who feel that a firm hand would be good for the country; those obsessed with security and stability would rather hear “I will kill them all” than a level-headed five-point plan that balances safety with privacy and human right concerns, and that has been patted down and approved by constitutional lawyers.

That someone who was born in poverty and has street smarts rather than a highfalutin’ foreign education will be someone who will look out for the common man is a fallacy; and for an example of this we have to look no further than the person who at this point is one of the strongest candidates for the presidency in 2016, Jejomar Binay. And there have been leaders, both among the past Philippine presidents and in the course of human history, who were born (for better or worse) from wealthy parents, were well-read and well-educated, and yet managed to capture the popular vote. The imaginary man on the street might laugh at one-liners and cheer for outrageous claims and easy fixes, but he also appreciates smarts and understands the value of a good education. The Philippine people have voted that way in the past and this generation is smarter and more tuned in to all forms of media than any that have ever taken to the polling stations. They are also more attuned to bullshit, and to someone pretending to be what one is not.

The debate has always been framed as the statesman versus the populist, but they are not necessarily opposed, nor even mutually exclusive. The worst of populists feed on fear, the best on hope; what they have in common is the feeling of inclusion they give to the average voter, who usually feels passed over in favor of the elite class and a corrupt government: of their voice being heard, their interests looked after. In a democracy, even a modern democracy, it is the populist who must win, but the statesman who will govern: the populist gives voice to our wants; the statesman makes it happen. Even the best candidates in the best of all possible worlds must be a compromise, but in a better Philippines, we would have compromises that we could live with, not misfits from the loony bin.