People aren't happy with Pia Wurtzbach's stand on U.S. bases in PH
Loading
Already a member? Log in
No account yet? Create Account
Spot.ph is your one-stop urban lifestyle guide to the best of Manila. 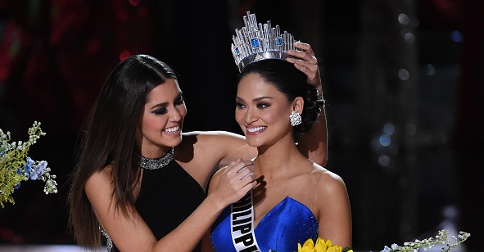 Her answer has led to a lot of online debate, too.

(SPOT.ph) While many people celebrated Pia Alonzo Wurtzbach’s Miss Universe win on Monday, December 21, some weren't entirely happy with her answer during the pageant's Q&A portion. Instead of generic questions, the pageant switched things up and asked the contestants tough questions on politics and current events.

In a statement, Gabriela Party List Rep. Emmi de Jesus praised Pia for her stand on HIV-AIDS during the second half of the Q&A, but had issues with her statement on U.S. military bases, saying, "We view that her position in favor of U.S. military presence in the country contradicts her concern for humanity. We hope she will have a change of mind and heart on this issue by learning the history of our nation under U.S. colonial rule."

De Jesus also cited "criminal abuses" allegedly committed by the U.S. military in the Philippines, including the murder of transgender Jennifer Laude in 2014. Meanwhile, even Sen. Miriam Defensor-Santiago tweeted that she and Pia "need to talk."

Former Bayan Muna Party List Rep. Teddy Casiño also took to Twitter to express his disapproval of Pia's stand on the issue, but it's the response of an unlikely celebrity that recently went viral:

For his part, Bagong Alyansang Makabayan Sec. Gen. Renato Reyes Jr. said the question for Wurtzbach “wasn’t a fair one” because it was framed to elicit a favorable response from the contestant. "Saying 'no' to U.S. troops, in front of a predominantly American crowd, would likely harm her chances of winning. Perhaps she wasn’t prepared to take that risk," he wrote in a blog post. "Our history of American colonization was brutal and nothing to be proud of. I hope she would find time in the future to sit down with the victims of abuses by U.S. troops, many of whom are women."

Miss Universe 2015 Pia Wurtzbach
Your Guide to Thriving in This Strange New World
Staying
In? What to watch, what to eat, and where to shop from home
OR
Heading
Out? What you need to know to stay safe when heading out