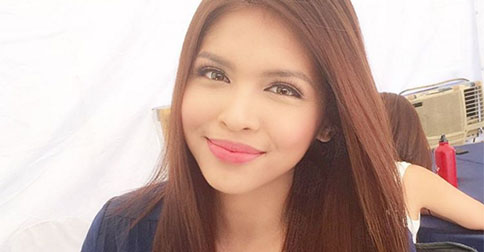 Maine Mendoza has emerged as the most-searched female personality on Google Philippines, besting Caitlyn Jenner and Ronda Rousey in second and third place, respectively. Other familiar female personalities on the list include Mary Jane Veloso (who was saved from execution in Indonesia), 4th Impact (the Pinay all-girl group who made it to the finals in the U.K. version of The X Factor), and It's Showtime's Pastillas Girl.

Earlier in December, Scary Spice (also known as Mel B or Melanie Brown) told Billboard that a Spice Girls reunion is a possibility in 2016—the year that would mark the 20th anniversary of the British girl group. This week, Mel B reaffirmed the rumors during Chatty Man host Alan Carr’s New Year’s Eve Spectacular episode. We still don't know if it'll be a one-time only performance or an entire tour, but we've got our fingers crossed for the latter.

Despite conscious efforts by HBO to curb piracy, Game of Thrones has once again been named the year's most pirated TV show...for the fourth consecutive year. The show's fifth season earned an estimated 14.4 million downloads, far surpassing shows like The Walking Dead (6.9 million downloads), The Big Bang Theory (4.4 million downloads), and Arrow (3.6 million). It's also worth noting that Thrones' numbers have been steadily increasing every year. In 2014, for instance, it was at 8.1 million while the years before that, it was at less than 6 million.

5. Here's how much money has been spent trying to save Matt Damon in movies

Much like Sean Bean's long history of being killed off in his film projects, Matt Damon has had many movies playing characters who need to be rescued. (See Saving Private Ryan, Interstellar, and The Martian, among many others.) A Quora user named Kynan Eng decided to break down the monetary costs of bringing his characters home and it totalled a whopping U.S. $900 billion.

6. You need to check out Psy's latest gender-bending dance performance

In his latest concert on December 24, the Korean pop artist best known for "Gangnam Style" twerked in super-short shorts, leather boots, and cone boobs. While there were no familiar "horse" dance moves here, Psy breaks gender boundaries with a routine that was very reminiscent of Girls' Generation. Towards the end of the performance, a group of men lifts up Psy as fireworks shoot from his right boob—Katy Perry style.

On December 28, Sen. Grace Poe’s camp filed two petitions before the Supreme Court (SC) to stop the Commission on Elections’ rulings disqualifying the Senator from the presidential race. The SC issued two temporary restraining orders hours after the petitions were filed. Poe thanked the SC for its swift response despite the holiday break. Theodore Te, spokesperson for the court, said the orders were “effective immediately and until further orders” from the court and the cases were set for oral arguments before the full court on January 19, 2016.

In a press conference on December 28. former Justice Sec. Leila de Lima said that she will continue fighting Davao City Mayor Rodrigo Duterte’s presidential bid if he continues advocating policies that violate human rights. Duterte said in his Sunday morning show that he seeks to return the death penalty by public hangings should he be elected as president. De Lima, a senatorial candidate under the Liberal Party (LP), said violating human rights is wrong, and those who have no respect for it have no right to lead the country.

As much as we love Justin Bieber's irresistible new album and Adele's impeccable comeback, we can't overlook the equally exciting local music scene. From young, emerging artists to your old favorites, here are 10 albums that made 2015 a rocking year.

10. 10 Sneaky Items That Will Get You to Organize Your Stuff

Among the long list of resolutions we often make to start a new year is leading a clutter-free and organized life. It may seem easy and fun…until February. But it doesn’t have to be difficult—not with these cute items that will get you putting things in order all year.