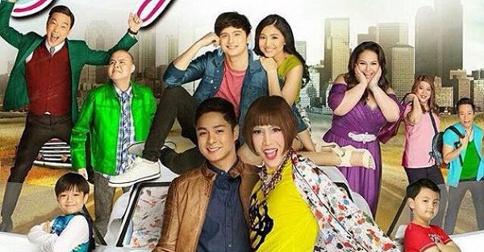 A Game of Thrones release date, Beyonce and Coldplay at the Super Bowl, and more.

According to PEP.ph, this year's MMFF entries collectively earned a grand total of P1.002 billion during its 13-day run at the cinemas. Although the MMFF Executive Committee didn't disclose individual box-office figures, the top four highest-grossing entries (in no particular order) were My Bebe Love, Haunted Mansion, Walang Forever, and Beauty and the Bestie, which Star Cinema had claimed on January 5 to be the top-grossing film as of that date.

2. Beyonce and Coldplay to perform at the Super Bowl halftime show

We may not all be fans of American football, but it's safe to say that plenty of people look forward to the Super Bowl's halftime show. While Bruno Mars was earlier rumored to be joining them, it's Beyonce and Coldplay who are reportedly confirmed to perform at the event. Both artists recently collaborated for a song, "Hymn for the Weekend," which is part of Coldplay's latest album, A Head Full of Dreams. The Super Bowl is on February 7.

3. This is when Game of Thrones returns to TV

We finally know when Game of Thrones returns to our TV screens. HBO announced that the hit show's sixth season airs on April 24, alongside two other HBO shows, namely Veep and Silicon Valley. This year's debut is much later than usual, as the show usually returns to TV on the first week of April.

Now that Pastillas Girl’s (Angelica Yap) search for Mr. Pastillas has ended, the former has decided to pursue a showbiz career. The star of It's Showtime's reality dating segment officially signed a five-year contract with Viva Artists Agency on January 7. The 21-year-old aspiring actress said that she will start with some acting workshops and added that her fellow cast members from It’s Showtime approve of this move.

5. Travel and Leisure says the Chocolate Hills are a mysterious landscape worthy of any bucket list

Aside from being one of the most-visited tourist spots in the Philippines, the Chocolate Hills in Bohol are also a mystery...because no one really knows how they came to be. Travel and Leisure writes that no one has been able to determine the exact number of the hills—some say 268, others 1,776. Some legends say that the hills came about after two giants fought and threw stones at each other for days. Another story says the hills are the tears of a giant grieving the death of a mortal woman he had fallen in love with. Whatever the reason, we agree that they're definitely a sight to see!

6. Would you try this mac and cheese lava cake?

We're no strangers to ridiculous food inventions but this new dessert concoction takes the cake. Imgur user Josh Elkin shared what makes up his creation: a Mac and Cheese Lava Cake. The "cake" is a mac and cheese mould stuffed with solid cheese, covered with bread crumbs, then deep-fried to golden brown. We can feel our arteries clogging already.

7. Over 10 million devotees are expected to join the procession for the Black Nazarene

According to Manila Police District-Ermita Supt. Albert Barot, over 10 million devotees of the Black Nazarene are expected to join the traditional Traslación on Saturday, January 9, because the procession falls on a weekend. Barot said that 1,600 police personnel will be deployed, together with the MMDA and Bureau of Fire Protection, to ensure the safety of the devotees joining the procession. For their own safety, he also discouraged pregnant women and children from going, and reminded devotees not to wear jewelry.

On January 7, the Department of Transportation and Communications signed the three-year maintenance contract for the Metro Rail Transit Line 3 system with the joint venture of Busan Transportation Corporation, Edison Development & Construction, Tramat Mercantile, Inc., TMICorp Inc., and Castan Corporation. Transportation Sec. Jun Abaya said that the riding public can now expect more running trains and improvement in the efficiency of its operations. Starting January 8, the Busan group will start on the maintenance works of the rolling stock and signaling system.

Next time you eat out, skip the ordinary rice-and-viand combo and go for an elevated dish that takes this staple up a couple of notches. Whatever cuisine you're into, there's an excellent rice topping for you!