WTF News of the Day: A "samurai" taxi driver attacks passenger with a katana
Loading
Already a member? Log in
No account yet? Create Account
Spot.ph is your one-stop urban lifestyle guide to the best of Manila. 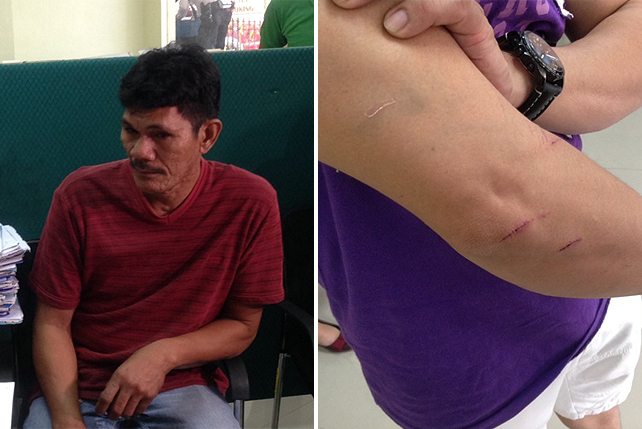 WTF News of the Day: A "samurai" taxi driver attacks passenger with a katana 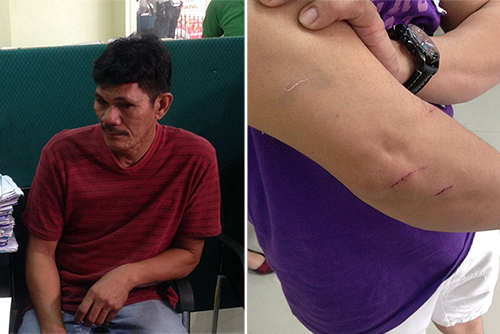 (SPOT.ph) Cab drivers spraying poison to victimize its passengers is so 2015. Be extra careful because your next cab driver might have some other harmful object on hand. You know, like a katana. We wish we were kidding, but we’re not. On January 14, a passenger and the taxi driver he accused of injuring him with a samurai sword made an appearance at the office of the Land Transportation Franchising and Regulatory Board for questioning. 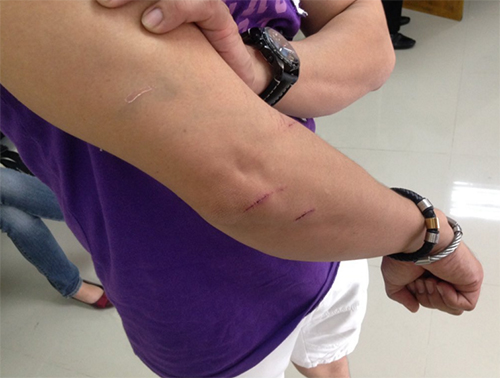 The passenger showed off cuts he sustained from the alleged attack 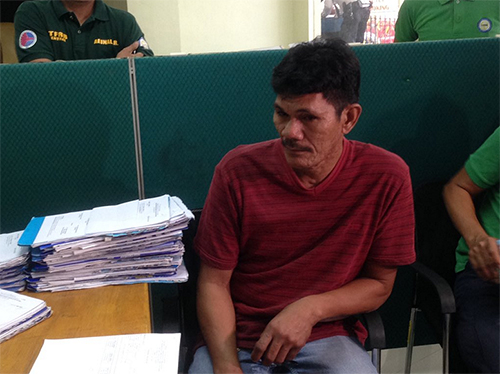 The incident happened on the evening of January 13. The passenger hailed a cab at UP Village with his 10-year-old son. On their way to Project 4, the passenger reportedly got into a heated argument with the driver, who then asked the three of them to alight the vehicle. That was when, according to the passenger, the driver pulled out his katana and attacked the passenger, who managed to take the weapon. The passenger then tried to escape with his son and threw the katana away, which the driver soon retrieved. The latter tried to stop his passengers, but passersby and motorists came to help. This was when the attacker sped away. According to CNNPhilippines.com, the Quezon City Police District said it would file a case against the taxi driver for attempted homicide.

Land Transportation Franchising and Regulatory Board (LTFRB) board member Ariel Inton expressed alarm over the numerous reports involving abuse of passengers by taxi drivers. Many incidents have circulated the Internet in recent weeks. "Alarming in the sense that illegal acts are no longer about over-charging or refusal to convey passengers, now we’re talking about more violent acts such as attempted homicide, in other words, there are some drivers out there who are willing and ready to injure, and worse kill their passengers," he said. He added that it’s time for the agency to revisit its current orders and statutes. Inton specifically called for the review of the boundary system because he believes the illegal acts done by cab drivers are rooted in their desire to earn more.

Commuting In Manila Funny News Samurai Wtf News
Your Guide to Thriving in This Strange New World
Staying
In? What to watch, what to eat, and where to shop from home
OR
Heading
Out? What you need to know to stay safe when heading out