Cheat Sheet: What you need to know about the P2,000 pension increase
Loading
Already a member? Log in
No account yet? Create Account
Spot.ph is your one-stop urban lifestyle guide to the best of Manila. 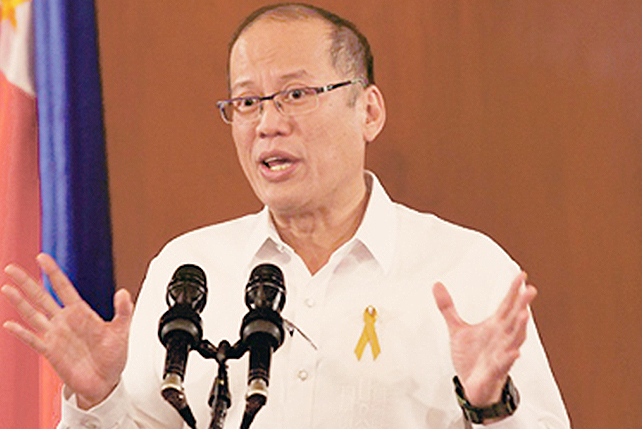 Cheat Sheet: What you need to know about the P2,000 pension increase

Find out where that amount they take from your salary every month is going. 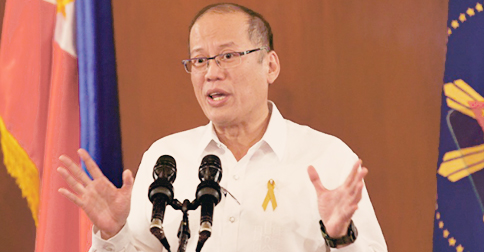 (SPOT.ph) P-Noy has vetoed the House Bill No. 5842 that seeks to increase by P2,000 the monthly pensions of the Social Security System (SSS) members, Malacañang said on January 14. In his veto statement, the President said enacting the bill would compromise the estimated 31 million SSS members “in favor of two million pensioners and their dependents” and “result in substantial negative income for the SSS.”

Let’s take a look at why the President decided the way he did.

Where does SSS get its funds?

The SSS funds come from members’ contributions and fund investments.

Where does the SSS use these funds?

The SSS uses its funds for its members’ benefits and its operating expenses. For every P1 contributed to the SSS, P6 to P15 is returned to retired members.

Who are the SSS pensioners?

SSS pensioners are senior citizen members, including their dependents. There are currently 2.15 million pensioners (6.5%) out of the 33 million active members.

Now, let’s look at the impact of the P2,000 pension increase.

P56 billion is the yearly amount required to fund the increase. This amount will increase year on year because of the growing number of pensioners. The SSS has an annual investment income of only P30 to P40 billion.

Given the SSS’ current funds, it can sustain pensions until 2042. If the monthly pension is increased to P2,000 every month, this would result in P26 to P29 billion in deficit and funds for pension will only be sustained until 2027.

What are the measures required to compensate for the deficit? 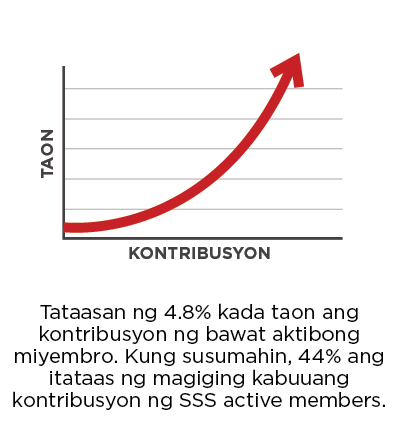 There will be a 4.8% increase in contributions from active members. 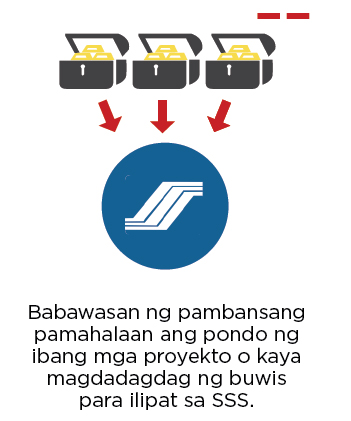 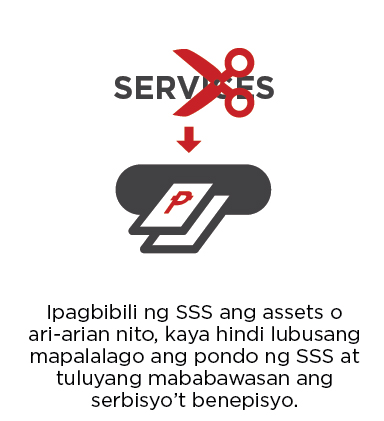 SSS will sell its assets.

We just have two questions: Are SSS officials still getting giant bonuses? Have they returned the previous bonuses they received?