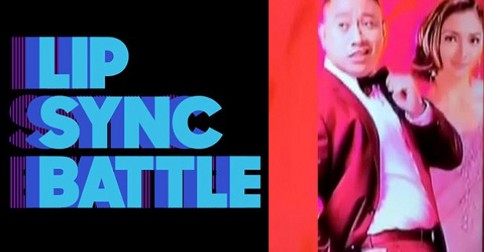 1. Lip Sync Battle is coming to the Philippines

According to a report from PEP.ph, GMA Network is set to air a Pinoy version of the popular series, Lip Sync Battle, where celebrities go head-to-head with outrageous cover performances. The spin-off will enlist Michael V as host and Iya Villania as commentator, and is slated to air this February. However, there's still no word on which celebrities will be joining the show.

Solenn Heussaff recently took to her Instagram account to refute reports that she has tied the knot with her fiancé, Nico Bolzico, in Argentina. "I'm in the process of fixing many papers after our celebration in Argentina and I am currently busy prepping for my wedding later this year," she wrote. "I always said I would share after the wedding to keep it private and since it hasn't happened yet...I haven't shared! Please respect my privacy in this journey." In an earlier interview with the press, she clarified that the Argentina trip was simply a celebration of their "union."

The Force Awakens cast member Adam Driver was a guest host on Saturday Night Live over the weekend, where he participated in a hilarious skit as his character, Kylo Ren. In the sketch, Kylo Ren is featured in the series Undercover Boss, where he pretends to be a radar technician named Matt and mingles with the crew of his ship. If you're a fan of Star Wars, this skit is a must-see.

4. Astronomers give David Bowie his own constellation

Belgian astronomers have announced the registration of a new David Bowie constellation, which consists of seven stars that form a shape of a lightning bolt and sit in the vicinity of Mars. The constellation was a result of teamwork between Belgian radio station Studio Brussel and the MIRA public observatory. Bowie passed away on January 10 after an 18-month battle with cancer.

5. The Simpsons paid tribute to Alan Rickman and David Bowie three years ago

A clip from The Simpsons’ 2013 Valentine’s Day-themed episode is making the rounds online because it serves as an accidental but thoughtful tribute to two artistic greats who recently passed away: Alan Rickman and David Bowie. The episode features a Love Actually parody called Love, Indubitably. Guest star Benedict Cumberbatch voiced Rickman’s iconic Harry Potter character, Professor Snape, while the Bowie-penned song “All the Young Dudes” played in the background. Sniff, sniff!

6. Erap’s City Hall does it again—demolishes PNB building on Escolta

The Philippine National Bank (PNB) building on Escolta Street, Manila is set to be demolished. This is the latest in the heritage conservation issues that have come to light under Mayor Joseph Estrada. The building was designed by architect Carlos Arguelles. It was constructed in 1962 to 1965 and is considered important cultural property under the National Heritage Law of 2009. Architect Dominic Galicia, president of the International Council on Monuments and Sites (Icomos), said that the structure represents the Filipinos' best in the field of architecture. For Galicia, the old PNB building can be retrofitted instead because its demolition would greatly affect the architectural heritage of Escolta, the old commercial district of Manila known for its Art Deco buildings.

On January 17, the Department of Transportation and Communications said that it has started testing the second Metro Rail Transit 3 coach that was shipped from Dalian, China last December. Two more coaches are expected to be delivered over the next two months. Department of Transportation and Communications (DOTC) Sec. Jun Abaya said that the test was done from Taft Avenue station in Pasay City to the North Avenue depot in Quezon City, which is a 5,000-kilometer run. Tests on the different components will be conducted until February. Once the project is completed in January 2017, the Metro Rail Transit 3 (MRT-3)'s capacity is expected to increase by over 800,000 daily passengers.

8. COMELEC to start printing the official ballots on February 1

The Commission on Elections has decided to print the official ballots for the May 2016 national elections on February 1 instead of January 27. Commission on Elections (COMELEC) Spokesperson James Jimenez said they wanted things to be ironed out before they start printing the ballots, when "the names...will no longer be amended." National candidates including presidential aspirants Sen. Grace Poe and Davao City Mayor Rodrigo Duterte have pending disqualification cases before the Supreme Court and the COMELEC, respectively.

There are a number of decades-old buildings in Manila that carry Old Manila’s history and splendour if you only care to look. Amid the grime and chaos, these structures prove that present-day Manila has a beautiful past that’s still visible to this day.

10. 15 Drunken Moments You Can Actually Remember

We asked folks to jog their fuzzy memories and look back at all those fun, drunken moments—from the ridiculous to just downright embarrassing. Their answers were more amusing than we expected.