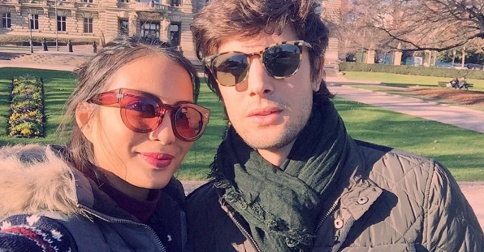 Eagles guitarist Glenn Frey passes away, Enrile says he has proof vs. P-Noy on Mamasapano, and more.

In an interview with Kris Aquino for Kris TV, Isabelle Daza denied rumors that she was already engaged to her long-time non-showbiz boyfriend, Adrian Semblat. "I have to announce that pa," she said. "Papunta na doon. Pini-pressure ko na siya." She also said that she has yet to choose a ring. In a separate interview with Boy Abunda, she also clarified rumors that her best friend, Solenn Heussaff, tied the knot over the holidays, saying that it was only an "Argentinian union rite."

In a press conference for her upcoming telenovela on TV5, actress Claudine Barretto said that she and husband, Raymart Santiago, have postponed their annulment case. "Kasi nga, nag-fail na po kami as husband and wife sa mga anak namin. So, we don't wanna fail as parents naman," she explained. "Napag-usapan namin na i-stop na lahat-lahat ng mga kaso and mag-co-parenting na lang kami sa pagpapalaki ng mga anak namin." She said that although they are both single, there are no plans to get back together and that their annulment will push through when their children are ready.

Famed Eagles guitarist and Rock and Roll Hall of Famer Glenn Frey passed away on January 19 at the age of 67. "Glenn fought a courageous battle for the past several weeks but, sadly, succumbed to complications from Rheumatoid Arthritis, Acute Ulcerative Colitis and Pneumonia," said the band in a statement. Prior to his death, the Eagles postponed their Kennedy Center Honors ceremony after Frey suffered complications that required "major surgery and a lengthy recovery period."

4. Miss Colombia tells Steve Harvey: “You wanted me to win”

Miss Colombia Ariadna Gutierrez has a good sense of humor, after all. She was the guest of the Steve Harvey Show’s Miss Universe: The Truth special and she managed to crack several jokes with Harvey. "You have to learn how to read...cards. Because it was on the card," she tells Harvey. "You wanted me to win, you know," she added. Gutierrez also explained that she was laughing when Harvey went back onstage during the pageant because she was expecting him to tell a joke. Harvey said if that were so, it would have been “the worst damn joke” he’s ever said.

Even before Netflix launched in the Philippines this month, it was already well-known locally, with hit original series such as House of Cards and Orange is the New Black. The streaming company’s Chief Content Officer Ted Sarandos said it will have 600 hours of original programming in 2016 and disclosed this year’s budget: U.S. $6 billion (P285.68 billion). That number includes content acquisition and original programming. Still, that’s a lot of money! But if a part of that will go to Narcos, we’re sold.

If you're a WhatsApp user, you probably already know that the app charges a year-long subscription fee after the expiry of its free trial. Well now, the chat service announced that they will be dropping the said fee "over the next several weeks." The app was acquired by Facebook for U.S. $16 billion in 2014 and currently has almost 1 billion users worldwide.

On January 18, the Senate approved Senate Bill No. 2968 otherwise known as the Customs Modernization and Tariff Act. The bill modernizes the Bureau of Customs, raises the tax exemption ceiling of balikbayan boxes from P10,000 to P150,000 and the de minimis value from P10 to P10,000. Sen. Sonny Angara who sponsored the bill said its passage would increase the Bureau of Custom (BoC)'s transparency and accountability. This will be achieved by drastically reducing human intervention through electronification of customs procedures and prescribing higher penalties and punishments to further prevent smuggling, the Senator said.

8. Enrile says he has proof vs P-Noy on the Mamasapano probe

Senate Minority Leader Juan Ponce Enrile said on January 18 that he had proof that P-Noy was “actively and directly involved” in the Oplan Exodus, known as the Mamasapano mission, from the planning to the actual operations. Enrile also said that the President didn’t do anything to save the Special Action Force (SAF) 44. “And I am going to prove this with evidence at that hearing,” he said.

Whether you’ve always wanted to get creative (and found every excuse not to) or you've resolved to try a new hobby, here are 10 art books that will keep you busy, entertained, and crafty. There’s always space for a new skill!

For many girls, turning 18 is often touted as a big deal. After all, it's the first event that officially welcomes you into the world of adulthood. From Anne Curtis to Liza Soberano, here are 10 celebrities who made their celebration extra special, with themed parties and some even for a good cause.