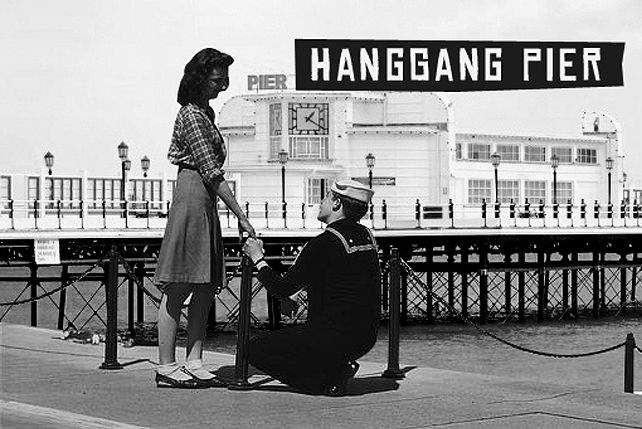 10 Pinoy Expressions With Crazy Origins You Would Never Have Guessed

What does it mean when we say "nineteen kopong-kopong?" 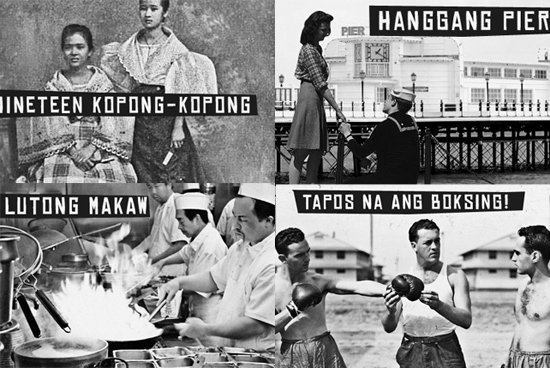 We’ve heard them uttered by old folks when they chatted with friends  and swapped chismis. These are the memorable lines that they laced their conversations with—familiar to the ears, but alien to some of us in meaning. Most of them make hazy references to historical figures, plants, sports, and places—but why? This article explores the fascinating backgrounds of these Pinoy expressions. 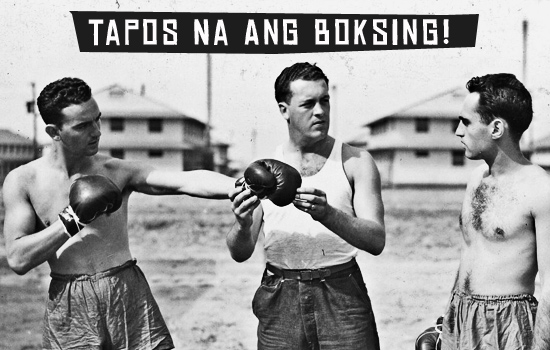 Meaning: It is finished. It is doomed and it’s done.

Origin: During the Japanese Occupation, “tapos na ang boksing” was a favorite expression of teenagers. Boxing was a sport promoted and encouraged by Americans in the 1920s. So, for pro-Japanese elements, the expression meant that America was finished, and that MacArthur would never return to the Philippines. But for those who continued to believe in America’s promise, they used the phrase to denote that Japan would ultimately fall.

Meaning: To leave in a mad rush

Origin: In Lawton, at the foot of the Quezon Bridge, once stood the imposing Insular Ice Plant with its 10-floor chimney. It was equipped with a loud siren that was sounded off three times in a day to indicate the start of work at 7 a.m, lunch break at 12 p.m., and dismissal of workers at 4 p.m. 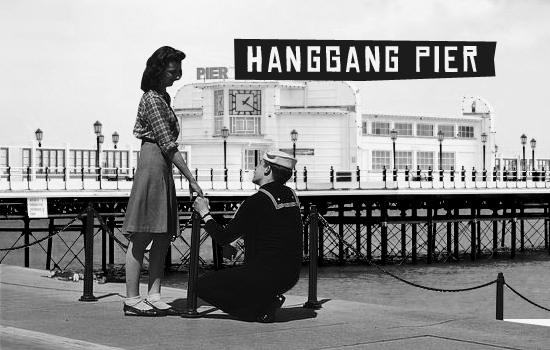 Meaning: To be left behind with an unkept promise

Origin: The assignment of American military servicemen in Clark, Subic, and Sangley Point in the 1900s spawned the beginnings of an "entertainment" industry that included food, drinks, dancing and later, damsels!

Up to the ’30s to ’60s,  relationships were formed by Americans on furlough with local girls—many from the bars and dancing halls. Some affairs were for real, but still hundreds of others ended at the departure area—hanggang pier.

Meaning: An effusive expression of praise when one notices something new and improved

Origin: This very popular expression from the 1960s comes from the phrase “Walang katigil-tigil” (unstoppable). This was contracted to “Walastig,” and finally morphed to “Walastik!”

So if somebody is seen wearing a new pair of shoes or pants, he will be greeted with  “Walastik! Ang gara ng bihis natin…”—a compliment of his unstoppable improvement of style. “Walastik” was often paired  with another expression, “Walandyo!” (“Walang Joe!”). 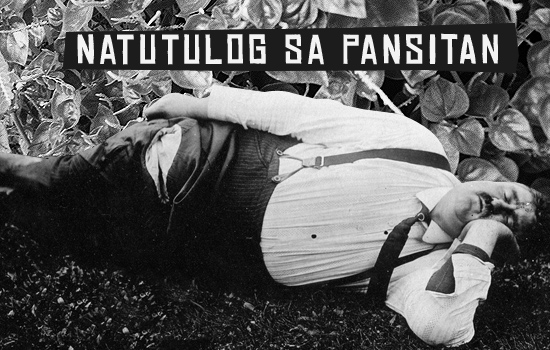 Meaning: Failure to grab an opportunity because of laziness

Workers on the field often took a respite from their job and the harsh sun by napping on a patch of pansit-pansitan—hence, “natutulog sa pansitan.” Of course, it may have happened that a few took their naps longer, and this sleeping on the job can result in unfinished work—and lost opportunities.

Meaning: Summary execution of a person who has committed an offense or crime without the benefit of a trial

Origin: A way of disposing the bodies of people killed by summary execution is to hide it under a dense growth of kangkong (swamp cabbage). The semi-aquatic plant grows in profusion on swampy fields and on bodies of water like the Pasig River, where such victims’ cadavers are regularly fished out. Philippine media has popularized this expression in their reportage of “salvaging” cases. 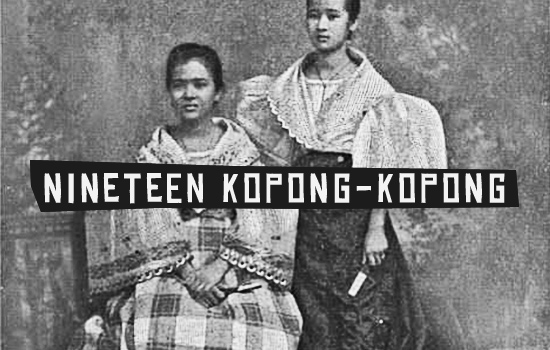 Meaning: Refers to a time so long ago, that nobody remembers anymore

Origin: By the 1950s, the decade of the 1900s was considered long time ago. When people wanted to refer to an event in the forgotten past, they reckoned that it happened sometime in the 1900s, hence “nineteen kopong-kopong.”

“Kopong” is an Indonesian word that was also used in the Philippines, meaning “no content, empty”—thus, zilch or zero, as in 19 zero-zero!

Meaning: A free-for-all, a melee

Origin: The literal translation—to mix up the peelings and the parings with whatever has been peeled or pared–does not make any sense to a Filipino who was brought up not to mix anything—even in the handling and preparation of fruits—or else, trouble will follow.

Experience has taught him to always separate the skin from the fruit; for example, the thin skin of a siniguelas has to be meticulously peeled from the fruit if given to a child, as the skin can give indigestion if eaten. Pineapples have to be peeled a certain way, with all the “eyes” on the skin removed, which cause itchy throats. Even pomelos can taste too tarty if the sponge-like rind remains with the pulp.

So, it is a wise advice never to mix the “balat sa tinalupan.” 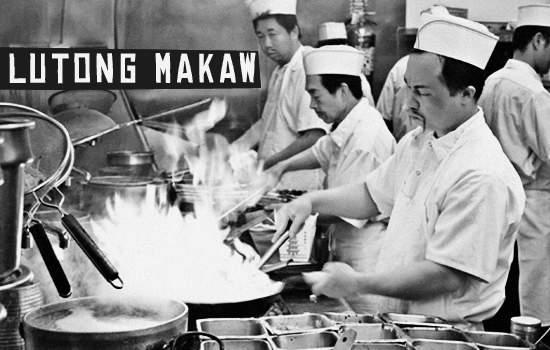 Meaning: A decision that has been rigged; a pre-arranged victory or success

Origin: In the peacetime ’30s, “makaw” (derived from Macau island, off the coast of Hong Kong), was an unofficial generic term used by people in Manila for a Chinese immigrant, especially cooks. Their culinary creations were called “lutong makaw”—cooked in Macau fashion.

Macau Chinese were known for their practice of pre-arranging their ingredients well in advance, even before a dish was ordered. A trademark dish was “pansit makaw,” always a bestseller along with pancit canton—which assured lasting "lutong makaw" success every time it is served.

Another possible explanation could be traced back to Macau’s long gaming history that dates back for more than three centuries, giving it the title “Monte Carlo of the Orient.” In 1930, Hou Heng Company won the monopoly concession for operating casino games. Game-fixing was one of the hazards of the industry, including “cooking” (i.e. tampering) the outcome of the game even before it is played—hence “lutong makaw.”

Origin: This popular euphemism for a “prostitute” has its beginnings in the backroom alley of Tondo, where there was a red-light district called “Palomar”— Spanish for a dovecot, or a pigeon shed—existed with “palomas” proffering various leisure services.

During the American period, these women from Palomar would expand their trade to Sampaloc, along Gardenia Street (now Licerio Geronimo Street), where they were derisively labeled as low-flying, low-class birds—palomas de bajo vuelo.

Read the full article, "13 Pinoy Expressions With Crazy Origins You Would Never Have Guessed" on Filipiknow.net. Minor edits were made by the SPOT.ph editors.