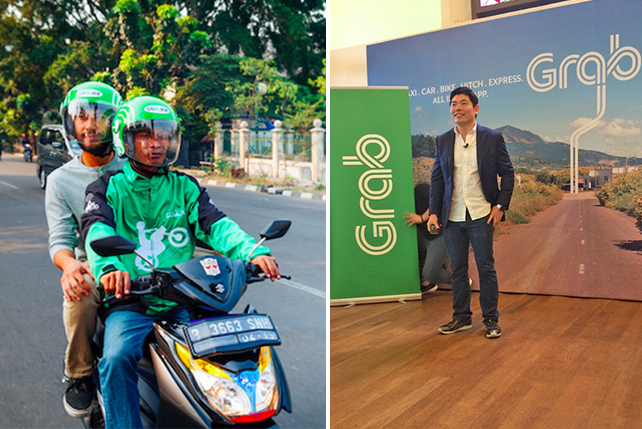 Don't you wish the LTFRB were this stringent with rules for buses and jeepneys? 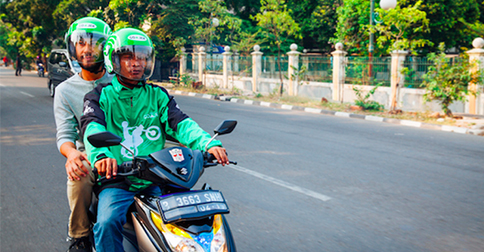 (SPOT.ph) The Land Transportation Franchising and Regulatory Board recently ordered MYTAXI.PH, the company behind ride-hailing platform Grab, to stop the operation of its motorcycle service GrabBike because of safety and authorization issues. Meanwhile, Grab officials addressed the issue in a press conference for their re-branding held in Singapore today, January 28.

The LTFRB ordered MYTAXI.PH to conform within five days from receipt of the letter and asked them to submit in writing why their company engages in a service “that is not yet authorized by the Board.” The LTFRB will cancel MYTAXI.PH’s accreditation as a Transportation Network Company if they fail to comply. 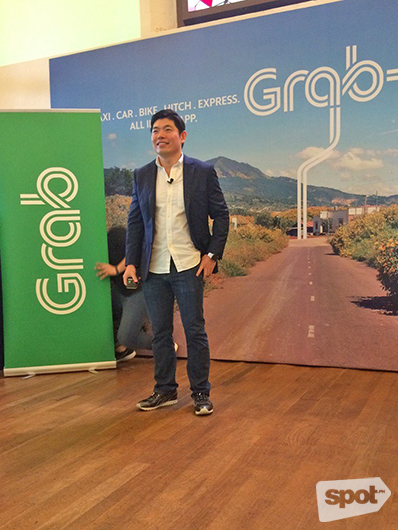 During a press conference in Singapore today, January 28, GrabTaxi officially rebranded to Grab, combining all the company’s transport services: GrabTaxi, GrabCar, GrabBike, GrabHitch, and GrabExpress, under one umbrella brand.

In response to LTFRB’s order, Grab CEO Anthony Tan said "We are the first ride-sharing app to be endorsed by LTFRB, to be approved as a transport network (in the Philippines)." According to Tan, he launched Grab in 2012 “to solve local problems.” He was afraid for his wife’s safety when commuting in Malaysia, where apparently, hailing a cab is also a challenge. “We’ve all experienced it,” said Tan about commuting problems. He added that this same problem exists across many other countries in Asia.

"We have a track record of partnership with governments, of coming up with a solution with transportation agencies. Like, here’s a solution, how can we help?" Grab Product Manager Joel Yarbrough said when asked about the issue. "Safety is [our] number one priority. We [try to] make the platform increasingly safe," he added.

"You cannot be at war [with the government]," says Cheryl Goh, Grab's vice president of marketing. "While we disagree...legislation needs to move. This is something we can prove to them through discussion. It's about putting the right safety measures in place. We believe that to succeed, we need to work hand in hand with regulation. It's a journey for both of us—the people, the government—to just move forward," she adds.

In an official statement by Khriz Lim, Country Marketing Manager of Grab Philippines, she said, “GrabBike was launched as a solution to two big problems in Manila: safety and traffic. As with our other services, the Grab team has made sure that GrabBike adheres to the core of our organization, which is safety. The GrabBike team is in discussions with the LTFRB to discuss the questions raised regarding our operations...GrabBike is focused on providing convenient and safe rides for passengers and will continue to work with LTFRB towards our shared goal of solving transportation problems for Manila.”

Grab currently operates in six countries across Southeast Asia, namely Vietnam, Thaliand, Malaysia, Singapore, Indonesia, and the Philippines. According to their corporate profile, they have more than 200,000 drivers in their entire network, and the app has been downloaded onto more than 11 million devices since their launch in 2012.

Grabbike Grabtaxi Ltfrb News, Features News, Traffic, Manila Traffic Grab Grab Philippines
Your Guide to Thriving in This Strange New World
Staying
In? What to watch, what to eat, and where to shop from home
OR
Heading
Out? What you need to know to stay safe when heading out