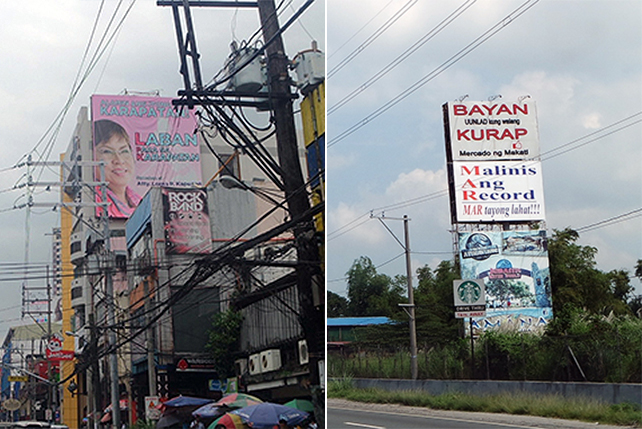 The only problem: Politicians have no shame. 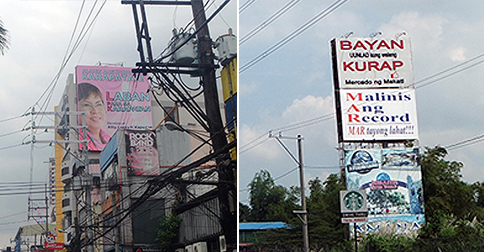 (SPOT.ph) We love epal candidates!—said no one ever. Even epal candidates would deny that they are, indeed, epal. The good news is we can now call them out by reporting them to the Commission on Elections.

The Commission on Elections (COMELEC) has launched a “shame campaign” against candidates who put up unlawful campaign materials during the campaign period (also known as epal candidates). On February 2, COMELEC Chair Andres Bautista said the poll body would establish a “citizen reporting mechanism” where the public can send photos of violators to COMELEC’s official website, Facebook page, and Twitter account. They will start accepting submissions when the campaign period officially kicks off on February 9.

On the same day, the COMELEC signed a memoranda of agreement with the Department of Public Works and Highways and the Metropolitan Manila Development Authority on "Operation Baklas," where both agencies will be authorized to take down illegal campaign materials, or those posted outside designated areas.

So where can candidates legally post their campaign materials?

According to Republic Act No. 9006, (also known as the Fair Elections Act) political parties and party-list groups are allowed "to erect common poster areas for their candidates in not more than 10 public places." The size of the posters is limited to 12 ft. x 16 ft., while independent candidates are only allowed to post campaign materials with sizes no bigger than 4 ft. x 6 ft. However, candidates may post campaign materials in private places with the consent of the owner, “and in public places or property which shall be allocated equitably and impartially among the candidates.”

What are the “public places?”

What areas are off-limits to campaign materials?

According to the COMELEC, candidates are not allowed to post campaign materials on trees or plants, public thoroughfares, lamp posts, sidewalks, and overpasses. Violations also include the excessive use of plastic and "irresponsible disposal of campaign materials."

How can you report the violators?

The public can send photos of violators to COMELEC’s official website, Facebook page, and Twitter account with the following details: “location, the party or the candidate that is involved, and other pertinent info that will assist us in finding and investigating these violations,” said Bautista.