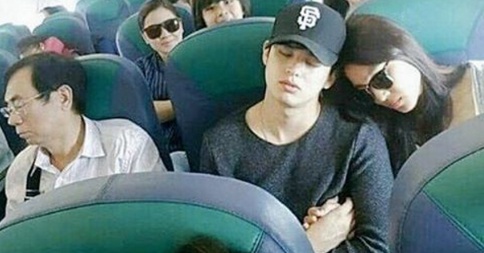 It all started with a photo of James Reid and Nadine Lustre holding hands while sleeping during a flight early Saturday, January 30. The snapshot went viral but the two stars were quick to dispel off-screen dating rumors. Nadine said she was "nangangalay" while James explained he was only being there for her because she was "scared of turbulence." Either way, that hasn't stopped fans from speculating about their relationship, which they've previously described as just being "best friends."

Dingdong Dantes, one of the loyal supporters of P-Noy, has officially extended his support to Liberal Party's vice presidential bet Camarines Sur Rep. Leni Robredo. As posted in Robredo's official Facebook page, a number of showbiz personalities including Gabby Eigenmann, Angelu De Leon, LJ Reyes, and Paolo Contis, recently joined her for an intimate dinner meeting. During the said dinner, Robredo shared her advocacies with the celebrities present. “After answering some of their questions, these celebrities are convinced with her capabilities as a leader and hopes [sic] to see her serve more of her kababayans in a higher office,” the Facebook page said.

Lady Gaga is adding another notch in her belt, as she is set to sing the national anthem at the upcoming Super Bowl 50 on Monday, February 8. She's been having a pretty good year so far, with a recent Golden Globe win for her role in American Horror Story, as well as an Academy Award nod for her song, "Til It Happens to You" (the theme for a sexual assault documentary). The song also earned her a Grammy nod. 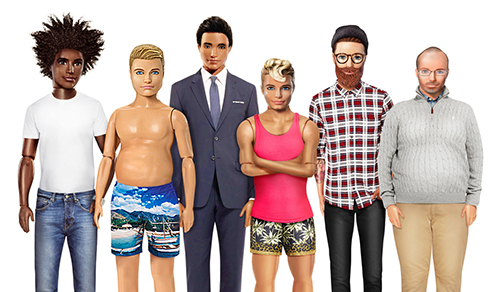 When Mattel released three new body shapes for Barbie dolls earlier this week, people from the Internet demanded the same treatment for Ken dolls. Because of this, fashion e-commerce platform Lyst came up with a Ken collection that features three new body types as well: Beach Dad Bod Ken, Bearded Hipster Ken, and Balding Ken. The dolls are currently just mockups, but Lyst may start producing them soon.

...and no, it's not because of a health hazard. Instead, U.S. customers are suing the fast food giant for selling mozzarella sticks that don't have any cheese. The lawsuit, which was filed by a certain Chris Howe on behalf of about 40 other people, is accusing McDonald's of cutting costs and "unfair and fraudulent" advertising. They are suing the company for U.S. $5 million.

6. This photo of a train station will make you thankful for your MRT commute

A bout of freezing weather across eastern and central China has brought train stations to a standstill, leaving 23 trains delayed and over 100,000 commuters stranded in Guangzhou Railway Station. Many of them were migrant workers returning home ahead of Chinese New Year celebrations on February 8. Local media said authorities have declared a "level two emergency," and deployed over 2,600 security guards to watch over the crowd.

The Commission on Elections has set airtime limits for the TV and radio ads of political candidates in the upcoming national elections. According to the Fair Elections Act (Republic Act No. 9006), national candidates and registered political parties can have 120 minutes of television advertisement and 180 minutes of radio advertisement "on a per originating station basis." Commission on Elections (COMELEC) Commissioner Christian Robert Lim said that the terms also serve as the candidates' guide to not exceed the expenditure limits set by the same law.

The COMELEC First Division has dismissed all four petitions to cancel Davao City Mayor Rodrigo Duterte's certificate of candidacy for president. According to Presiding Commissioner Christian Robert Lim, the consolidated cases filed by Ruben Castor, John Paulo delas Nieves, Rizalito David, and Elly Pamatong were dismissed in a unanimous decision due to lack of merit and failure of the petitioners (Castor and Delas Nieves) to appear at the preliminary conference.

9. 10 Great Places to Get Art Supplies in Manila

You think you’re getting the cheapest art materials from mall-based bookstores, but that’s not always the case. Artists and art lovers in Manila get their stuff from these 10 places that offer art supplies, with better deals and a wider range of products.

We're just days away from ringing in the Year of the Fire Monkey! From special hotel promos to mall activities for the whole family, we round up ways for you to welcome the new year with a bang.