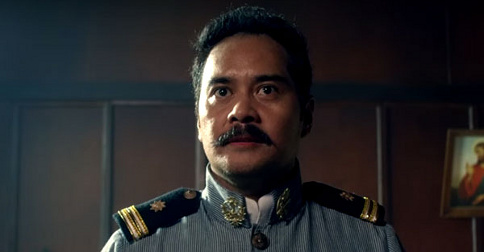 (SPOT.ph) Busy day, Spotters? We quikcly recap 10 things you might have missed while you were off the radar.

Veteran film and TV director Uro de la Cruz passed away in his sleep on Thursday, February 4. The long-time director for Bubble Gang was 64 years old and reportedly suffering from cirrhosis of the liver. He was also a prolific screenwriter: He penned the Manananggal segment of the first Shake Rattle & Roll film in 1984, as well as Scorpio Nights, Virgin Forest, and Diliryo.

Legendary Earth, Wind & Fire founder Maurice White died on Thursday, February 4, reportedly due to declining health as a result of Parkinson's disease. He served as the chief songwriter and producer of the funk and soul band, as well as sharing vocals with lead singer, Philip Bailey. White has seven Grammy wins, 21 nominations, and was an inducted into the Rock & Roll Hall of Fame in 2000. He was 74 years old.

5. Rupert Grint imagines how Ron Weasley is doing now and his answer will break your heart

In a press conference in Orlando, Rupert Grint and his former Harry Potter castmates Matt Lewis, Evanna Lynch, and Katie Leung were asked where they’d like their characters to be right now. Grint, who played Ron Weasley, said his character would probably be very miserable. This, despite being married to super-smart Hermione Granger, and being best friends with the most famous wizard, Harry Potter. "I would expect Ron has probably divorced Hermione already," he answered. "I don’t think that relationship would have done very well. He’s living on his own, in a little one-bedroom apartment. He hasn’t got a job." Excuse us while we...try not to process that information.

New Year celebrations usually mean family reunions with awkward questions about your dating life. It looks like even Chinese New Year celebrations aren't spared. According to the Jinling Evening News, QQ (a social networking site in China) is renting partners for a day for about U.S. $152 dollars each. A man named Xiaoping, who is offering himself up for rent, explained that the New Year is one of their peak periods, and that the service is just for folks to "cope" with awkward questions and is not used for sex.

On February 4, Liberal Party standard bearer Mar Roxas denied that his camp was behind the negative advertisements against rival presidential candidate, Vice President Jejomar Binay. "Bakit ko gagastusan 'yan? Eh hirap na nga ako gastusan 'yong mga ads ko," Roxas said in a radio interview. Binay’s camp earlier accused Roxas and the Liberal Party (LP) of being behind the ad where an elderly man was asking Binay to explain the corruption allegations against him. The Liberal Party on February 2 said it would rather spend its money on its own candidates. Roxas and Binay have been political rivals since the 2010 national elections, where the latter won the vice presidency.

It's always a different adventure with Japanese food. There's sushi, comforting ramen, pillowy soft cheesecake, tasty karaage, and more. If you're in the mood for some Japanese fare, we rounded up 10 of our favorite dishes from restaurants around Metro Manila.

We're sure you wouldn't want to visit Art Fair Philippines clueless. Get to know the Karen H. Montinola Selection's featured artist for 2016, Mac Valdezco. You will be greeted by her startlingly impressive works once you enter the fair.