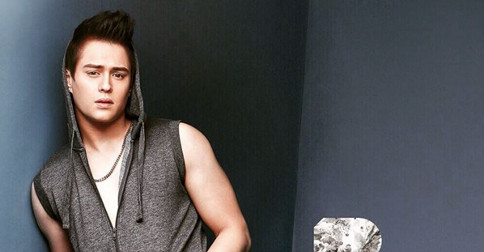 Enrique Gil, Shaina Magdayao to star in indie film + more things you might have missed today

Another Duterte controversy, this year's Grammys performances, and more.

(SPOT.ph) Busy day, Spotters? We quikcly recap 10 things you might have missed while you were off the radar.

It's official: Enrique Gil and Shaina Magdayao are starring in their first feature film together! The movie, reportedly titled Dukot, is an action thriller helmed by indie film director and producer, Paul Soriano. In a previous interview with ABS-CBN, Enrique explained that the plot is based on a true story where he will be kidnapped. The film is set for shooting starting this month and also stars Christopher de Leon, Bangs Garcia, and Alex Medina.

In its series finale last year, Forevermore left things between Xander and Agnes a little open-ended, but now fans will finally get some answers. ABS-CBN Mobile is launching a 15-episode web-series that will tackle the ongoing love story of the two characters played by Enrique Gil and Liza Soberano. You can watch Forevermore and More via the iWant TV website or mobile app.

A hairdresser who tested positive for human immunodeficiency virus (HIV) won a 2014 “discrimination and unlawful termination” case against his employer, celebrity hairstylist Ricky Reyes. The latter was found guilty by the National Labor Relations Commission on February 7. After the complainant confessed to Reyes and business partner Tonneth Moreno about his illness, he was assigned to a branch that was nearing bankruptcy. Last week, the NLRC ordered Reyes to reinstate the complainant and pay him back wages and benefits, among others. The decision stated that HIV is not highly contagious and therefore the decision of Reyes “unduly trampled upon the rights of the complainant.”

4. Adele is officially the best-selling artist of 2015

Adele made more money than all musical artists in the world last year, according to global music industry body IFPI. She achieved this feat even after launching her comeback album, 25, late in November 2015. She also declined offers to put her album on streaming sites. IFPI chief executive Frances Moore, in a statement issued from Europe on February 9, called 25 the "runaway global sensation of 2015" and said Adele's achievement was "simply phenomenal."

5. Taylor Swift is performing at the Grammys

The Grammys has announced that Taylor Swift will be joining the all-star lineup of performances for the upcoming award show on February 15. The singer has yet to announce if she will be inviting her superstar squad to join her onstage. Other scheduled performances include Adele, Rihanna, Kendrick Lamar, Justin Bieber, and Lady Gaga paying a tribute to David Bowie.

6. Matt Damon returns as Jason Bourne in this new trailer

We haven't seen Matt Damon as his famous super-spy character since 2007's Bourne Ultimatum, but the actor is reprising his role in a new movie simply titled Jason Bourne. The new teaser trailer was unveiled during the Super Bowl broadcast, and features Bourne regaining his memories. The action-packed film his theaters July 29 this year.

7. Duterte gets flak for “kissing spree”

The Manila Police District’s traffic enforcement unit has advised motorists to expect heavy traffic tomorrow, February 9, along the southbound lane of Quezon Boulevard near Plaza Miranda during the proclamation rally of presidential aspirant Sen. Grace Poe and running mate Sen. Francis Escudero. Heavy traffic is to be anticipated from 3 p.m. to 7 p.m. and participants of the rally may park their vehicles at the multimodal bus terminal in the vicinity, according to the Manila police. February 9 marks the official start of campaign season for the national elections.

9. Chinese New Year Should Not Be a Holiday

Kung Hei Fat Choi! Although the air is festive and there is an abundance of tikoy, Clinton Palanca explains why Chinese (or Lunar) New Year should not be a special non-working holiday. Find out why he thinks it is “discriminatory and unnecessary.”

Fashion trends come and go, but a comfortable hoodie is forever. We found 10 cozy hoodies that you can always rock indoors, rain or shine.