On the Wings of Love teaser has sad ending for Clark and Leah + more things you might have missed today
Loading
Already a member? Log in
No account yet? Create Account
Spot.ph is your one-stop urban lifestyle guide to the best of Manila. 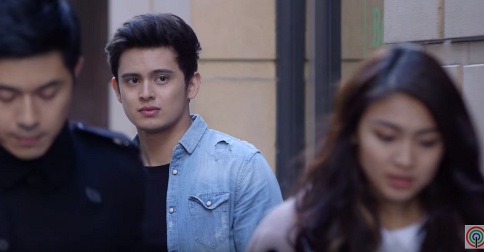 1. On the Wings of Love teaser has sad ending for Clark and Leah

It's going to be a sad month for OTWOL fans as the show winds down to its last three weeks on air. Dreamscape recently released a teaser trailer that hinted at how the show would end and it doesn't look promising for Clark (James Reid) and Leah (Nadine Lustre). The trailer showed Leah moving back to the U.S. with her new boyfriend, Simon (Paulo Avelino), but she runs into Clark while there. "Noong tinanggap ko 'yong proposal mo dito, that was the biggest mistake of my life," Clark tells her in one scene. Still, fans have kept their hopes up for a real wedding between the two characters during the finale.

In an interview with ABS-CBN's entertainment site PUSH, Sunshine Cruz refused to comment about rumors that her estranged husband, Cesar Montano, has a baby with another woman. "It’s none of my business. Buhay na niya iyan. We’ve been separated for three years," she said. Cesar and Sunshine have been trying to annul their marriage for the past two years, but it has yet to be granted. "I deserve freedom, and he also deserves freedom," she said.

3. The designer behind Beyoncé’s Super Bowl costume dishes on its style inspiration

Beyoncé never underperforms nor underdresses—and that is once again proven in her halftime performance at the Super Bowl 50. Her ensemble, as well as her dancers’ custom-made harnesses with afros and berets, was designed by Zana Bayne after the radical black political group Black Panther Party. "Early on in conversation, the iconic women of the Black Panther Party were mentioned as a reference, so we kept that idea of revolutionary women in mind when creating the harnesses," said Bayne. Believe it or not, Bayne and her team worked on 38 custom harnesses six days before the game. The design will become part of her upcoming collection and available for purchase at the brand's first New York pop-up shop.

4. Instagram finally makes it easy to switch between multiple accounts

If you have multiple Instagram accounts—a “personal” one, a public one, a business account, or a stalking decoy—you can now switch between them with ease. Starting this week, Instagram plans to roll out an update that will allow users to switch between up to five accounts, provided version 7.15 of the app is installed. Say goodbye to painstakingly logging in and out!

5. You'll never guess what Academy Award nominees get in their gift bags this year

As if the life of a Hollywood A-lister couldn't get more glamorous, news reports have just released a list of the contents of gift bags that will be distributed to Oscar nominees this year. Stars like Leonardo DiCaprio and Cate Blanchett will take home gifts worth over U.S. $200,000. For instance, imagine getting a 10-day trip to Israel worth U.S. $10,000, a 15-day walking tour in Japan worth U.S. $45,000, and a year's worth of unlimited Audi car rentals worth U.S. $45,000. There are some bizarre giveaways, too, like a lifetime supply of skin creams and a "Vampire Breast Lift" procedure for the ladies.

Photos of a Barbie in a hijab, full-length dresses, and flowing veils have gone viral, and it's all thanks to a 24-year-old medical student named Haneefa Adam. "I thought it was really important for a doll to be dressed like how I would be," she explained, and added that it was a good way to "correct misconceptions" about how Muslim women dress. All of her Barbie's head-to-toe outfits are also made by Adam, and can be seen on her Instagram account.

The Commission on Elections has postponed the printing of the more than 50 million ballots to be used in the May 9 elections in order to address a possible incompatibility between two of the three components of the automated election system. Commission on Elections (COMELEC) Chair Andres Bautista said the one-week delay would not “materially impact” the general preparations of the poll body and assured that it would still meet its April 25 printing deadline. Election Commissioner Christian Robert Lim explained that if the glitch is not fixed, there could be problems in the transmission of election results.

8. FVR throws support behind Leni Robredo, but is mum on Mar Roxas

One day before the official start of campaign season, former President Fidel V. Ramos formally endorsed the candidacy of Liberal Party vice presidential candidate Leni Robredo. During Robredo’s visit to Ramos' office in Makati, the latter “shared his campaign experience in 1992 and offered Robredo some advice on how to woo voters,” according to the news release. However, there is no word on whether FVR would do the same for Liberal Party (LP) standard-bearer Mar Roxas. In December 2015, Ramos criticized the word war between Roxas and rival Davao City Mayor Rodrigo Duterte, saying that presidential candidates should behave like presidents.

Art Fair Philippines 2016 is just around the corner. Here’s another amazing artist to look forward to: Nona Garcia, whose larger-than-life landscape paintings and framed X-ray prints will amaze the thinker in you.

From candlelit dinners to romantic staycations and even fun crafting workshops, we show you where to go to celebrate Valentine's Day with your significant other.