John Lloyd Cruz says he's been "dying to work with" Jennylyn Mercado + more things you might have missed today
Loading
Already a member? Log in
No account yet? Create Account
Spot.ph is your one-stop urban lifestyle guide to the best of Manila. 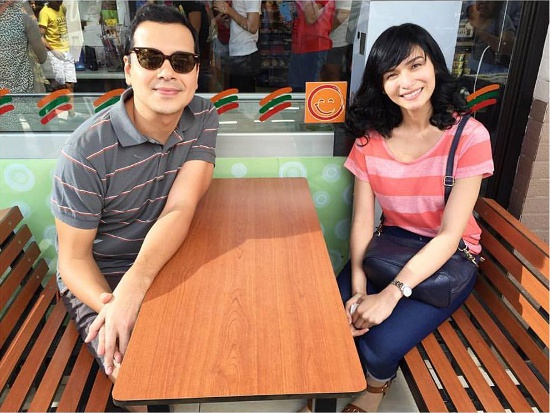 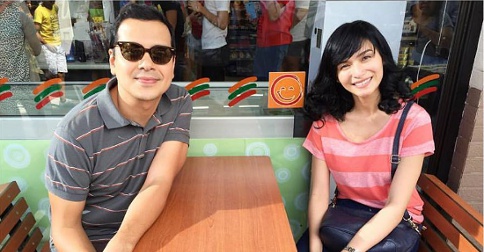 Actress, model, and host Solenn Heussaff is set to hold her first solo art exhibit this year! The exhibit, which was reportedly two years in the making, currently has no opening date and venue just yet. Still, if you're curious about what to expect, she posted a preview of her works via her Instagram account.

Jess Mariano is back! Milo Ventimiglia announced that he will be joining the cast of Netflix's upcoming reboot of Gilmore Girls, alongside Lauren Graham and his love interest, Alexis Bledel. The show will be composed of four 90-minute episodes, and will be written and directed by the show's original creator Amy Sherman-Palladino. No official title or premiere date has been announced.

You read that right, Potterheads! The eighth installment of the beloved series will be the two-part play, Harry Potter and the Cursed Child, that will be published as a book. The "special rehearsal edition" script book will be available on July 31, a day after the play opens in London. The story will reportedly revolve around Harry and his son Albus' "struggle with their family legacy." The eBook will be published simultaneously with the print editions by Pottermore in collaboration with Scholastic and Little Brown Book Group.

If you love video games and pop culture, you need to see this awesome mashup of Star Wars and Mario Kart by Dar Pixel. It’s so good that calling it a mashup seems like an understatement, so let’s just call it what it’s called—Star Kart. The attention to detail makes it look like it’s a thing. We wouldn’t be surprised if there would be petitions for Nintendo and Disney to start creating this game. Thank you, Internet.

6. Burger King is adding hotdogs to their menu

Burger King has announced plans to add hotdogs to their menu starting February 23 at participating locations (including every outlet in the U.S.). The beef hotdogs are flame-grilled like their Whopper burgers and come in two varieties: Classic Grilled Dog and Chili Cheese Grilled Dog. There's still no word if this move will also apply to the Philippines, but we've got to admit, we're kind of curious.

Just two days after candidates kicked off their official campaigns for the elections, the Metropolitan Manila Development Authority has already taken down a whopping 1.83 tons of campaign materials posted in prohibited places. Manila Development Authority (MMDA) Clearing Group head Francis Martinez said the collected materials were mostly posters and tarpaulin streamers posted on trees, lamp posts, and electric cables. Among the violators was former MMDA Chief Francis Tolentino, who recently resigned to seek a seat in the senate. MMDA Chairman Emerson Carlos for his part said they were appealing to candidates “to only post their campaign materials in the proper place.”

8. Bongbong says he won't follow in his dad's footsteps

It’s almost Valentine’s Day, which is Single Awareness Day for most cynical love haters out there. It can be exhausting to avoid anything mushy in the coming days, so we’ve made it easier for you. Counter the cheesy air with these 10 local anti-Valentine’s Day movies.

Just because Valentine's Day is a romantic occasion doesn't mean your gifts have to be. Make your special someone laugh with these 20 silly gift ideas.